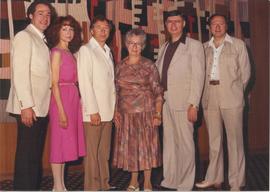 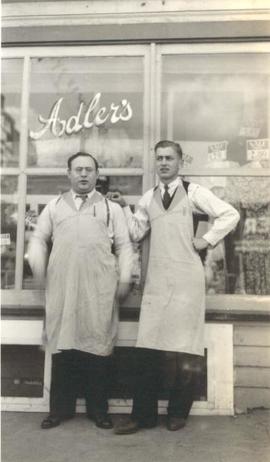 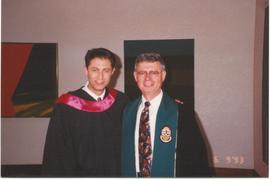 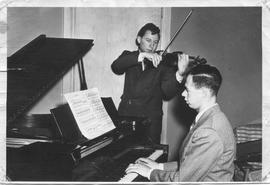 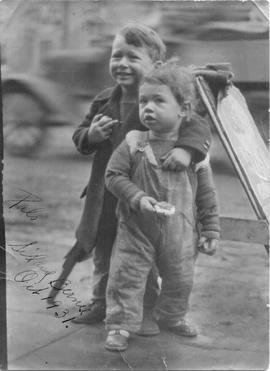 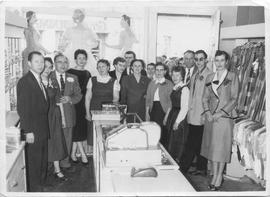 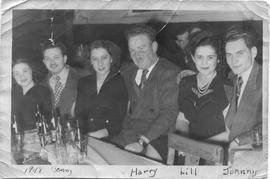 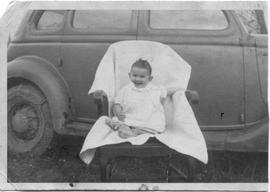 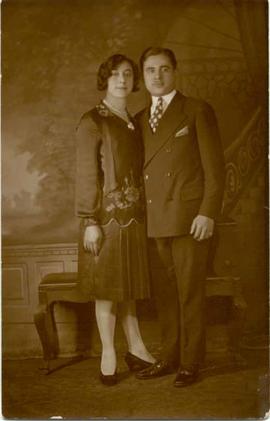 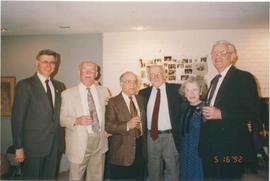 Meyer Adler was born in New York in 1906. Meyer's wife, Lilly Spiegel was born in Poland in 1906 and came to New York in 1919. The Adlers were married in 1927 and came to Vegreville on their honeymoon to visit their uncle, Louis Berg. Meyer Adler, impressed with the countryside and the economic possibilities of the region, bought a confectionery store from Mr. Berg and went into business in Vegreville. Over the years, the Adlers operated several stores in Vegreville before opening Adler's Department Store in 1964. The Adlers had five children, Sid, Bernie, Eli, Ted, and Diane. All five children attended university at the University of Alberta in Edmonton. Bernie and Eli became dentists, Sid returned to Vegreville to run the Adler store, Ted became involved in the manufacture of furniture, and Diane became involved in real estate. Adler's department store closed in 1995 and Sid Adler retired to Edmonton. Meyer Adler passed away in 1979 and Lilly Adler died in 1985. Eli Adler married Phyllis Smordin, and they had four children. Phyllis was a Negev Dinner Honouree in 2005.

The fonds consists of materials created by the Adler family of Vegreville and Edmonton, Alberta from ca. 192-? -- 1976. The fonds consists of family photographs, photographs of the old Vegreville Synagogue, Talmud Torah Graduation photographs, Young Judea, University of Alberta Alumni Association, and Talmud Torah; correspondence; and other materials related to the Adler family. Much of the material is related to Bernie and Eli Adler's involvement in local and national Jewish organizations and the alumni association of the University of Alberta. Ther is also a VHS videocassette containing footage of the old Vegreville synagogue.

Additional material on the Adler family can be found in the First Century of Jewish Life fonds, and the Jewish National Fund fonds held by JAHSENA.<br><br>Record No. ADL.01.1; B.ADL.02.1;BAD.06.1;ADL.06.1<br><br>