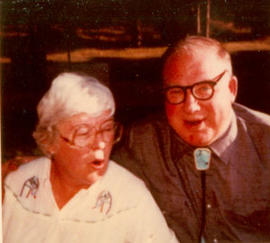 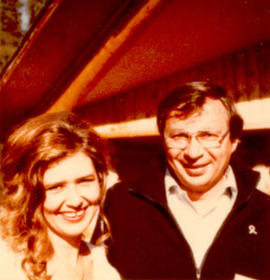 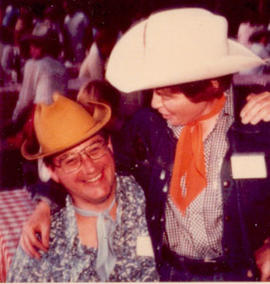 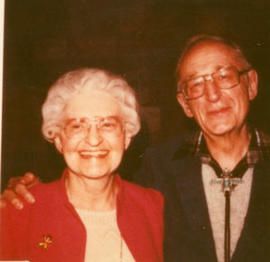 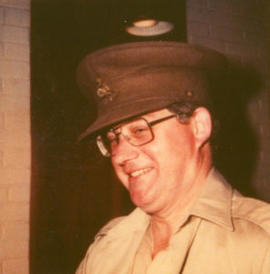 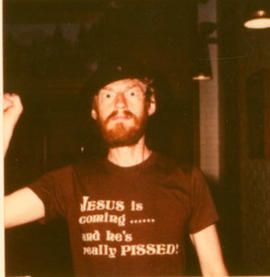 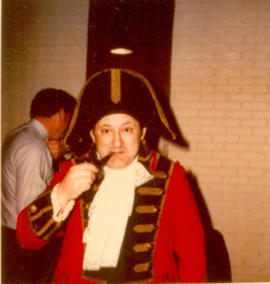 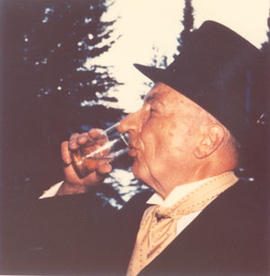 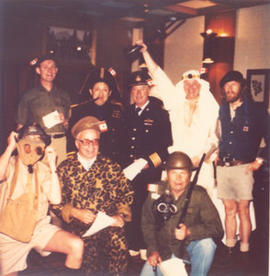 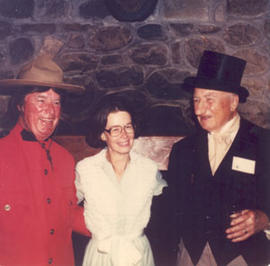 18.5 cm of textual records and other materials.

The Honourable Mr. Justice Alexander Andrew Andrekson was born in Parnu, Estonia on 13 November 1923. In 1925, the Andrekson family made the decision to immigrate to Canada, living first at Fort St. James, British Columbia before settling in Barons, Alberta and beginning their new lives in Canada as grain farmers. <p>In high school, Andrekson played for his high school basketball team, the Barons Chinooks, and was a member of the team when they won an Alberta Provincial High School championship. His involvement in athletics did not end in high school however. Andrekson pursued his love for basketball as manager of the University of Alberta's Men's Inter-faculty Basketball team and as their undefeated 1948 season and later receiving a Block 'A' award as a member of the team. As an undergraduate student working towards a B.Sc. in Ichthyology, Andrekson also found time to become the President of the University of Alberta Men's Athletics and a member of the University of Alberta Students Council from 1948-1949, receiving a Gold Key award for student participation. Andrekson was also a member of Delta Upsilon, and roomed with Kenneth Moore, a future Alberta Chief Justice, who presided over Andrekson's swearing-in ceremony as a Court of Queen's Bench Justice. ;<p>After receiving his B.Sc. in 1947 and his M.Sc. in 1949, both from the University of Alberta, Andrekson spent several years in the study of ichthyology. In 1949, Andrekson became a part of the Fisheries Research Board of Canada at Departure Bay on Vancouver as an Associate Biologist. Two years after joining the Fisheries Research Board, Andrekson decided to forgo the pursuit of a Ph.D. in Ichthyology and instead decided to embark on a career in law, entering the University of Alberta's Faculty of Law in 1951. As a member of the Law School Class of 1954, Andrekson was elected President of his graduating class in 1953-1954. <p>After receiving his L.L.B., he entered into articles with Eldon D. Foote of the Edmonton law firm Bryan Foote & Crossley. After admission to the Alberta Bar on 10 June 1955, Andrekson established a general practice with an emphasis on corporate/commercial law and eventually became partner in 1975 with the Edmonton firm of Bryan Andrekson, the successor firm to Bryan Foote & Crossley(now Bryan & Company). <p>Throughout his life Andrekson maintained an active involvement in both his profession and his community. For the latter, Andrekson was an active member of the Board of Stewards for the Robertson United Church from 1959-1969, Chairman of the Provincial Mental Health Review Panel from 1969 and Vice-Chairman of the Provincial Mental Health Advisory Council from 1974-1976. Andrekson also continued his commitment to his alma mater, participating as a Lecturer in Contracts at the University of Alberta from 1967-1969 and a law representative on the University of Alberta Alumni Association 1974-1976. <p>Professionally, Andrekson had a strong presence on both the Edmonton Bar Association and the Law Society of Alberta. In regards to the former, Andrekson first began as a Member of the Executive in 1968 and gradually moved up the executive ranks to become President of the Edmonton Bar Association for 1974-1975. His involvement with the Law Society of Alberta included membership on a variety of committees including: Internal Management, Judicial Council of Judges, Legislation and Administration of Justice, Paralegal Personnel, Legal Aid, Advertising, Discipline, Library and Joint Library, Finance, Viscount Bennett Scholarship, Heritage, Committee to Computerize Law Society of Alberta Administrative Offices and Records, Committee to Study Deposits in Trust Accounts and the Executive Committee. As a member of the Heritage Committee, Andrekson became involved in the eventual creation of what would become the Legal Archives Society of Alberta. ;<p>From 1976-1987, Andrekson was a Bencher of the Law Society, serving as its Vice-President from 1981-1982 and its President from 1982-1983. As President of the Law Society from 1982-1983, Andrekson had an avowed intention to assure the continued independence of the profession; maintain the credibility and integrity of the profession; implement rules regarding competence in the profession; and stress the importance of continuing legal education. <p>After being designated as Queen's Counsel on 19 December 1973 as well as honoured as an Honourary Bencher of the Law Society of Alberta as well as an Honourary Life Member of the Law Society of Saskatchewan in 1983, Andrekson was appointed to the Court of Queen's Bench by an Order in Council dated 22 August 1985 by the federal Justice Minister John Crosbie. On 24 September 1985, at the age of 61, Chief Justice William Kenneth Moore officially swore in Andrekson as a Court of Queen's Bench Justice. Andrekson would serve as a Court of Queen's Bench Justice for over a decade, becoming a Supernumerary Justice of the Court on 21 February 1996 until September 1997, just a year away from retirement. <p>Andrekson married fellow University of Alberta student Margaret Joan Weir in 1949. Together they had five children, Sally, Jim, Janie, John and Peter. Alexander Andrekson passed away on 12 December 1997.</p>

Fonds was gifted to the Legal Archives Society of Alberta in 1999 by Peter G. Andrekson.

Fonds consists of material relating to the career of the late Alexander Andrekson. Includes Law Society Heritage Committee files; draft historical articles submitted by Edmonton lawyer F. J. Newson to the committee relating to the development of the legal profession in Alberta; various pamphlets and tariff of fees schedules; other miscellaneous historical and biographical memorabilia; congratulatory letters and other documents regarding Andrekson's judicial appointment; photographs; certificates; a scrapbook; a print of the Edmonton Law Courts; and a ceramic plaque presented to Andrekson by the Law Society of Alberta.

Other materials include 40 photographs, 5 oversize certificates, 1 artifact, and 1 art print.

Certificates and photographs should be removed from frames for preservation purposes<br><br>Record No. 86-00-00<br><br>