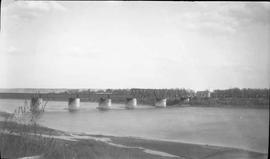 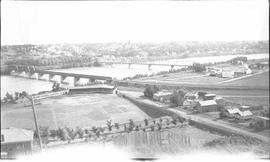 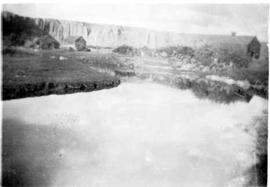 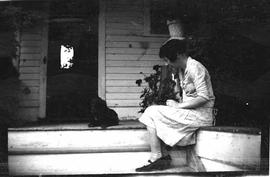 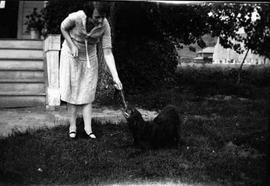 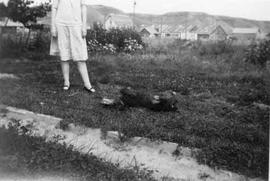 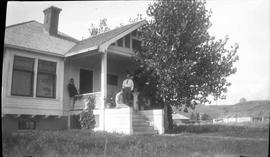 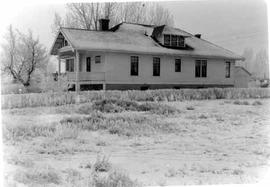 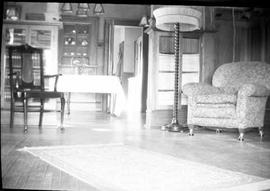 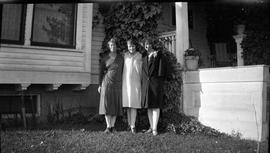 Harold Hope Bateman was born in 1890 to Ellen Bateman (nee Rose) (1851-1948) and Alfred James Bateman (1854-1914) in Ramsey Huntingdonshire, England. Harold's father, Alfred James, was employed as a as a builder, an ironmonger and a contractor for public works. Harold emigrated from Ramsey, Huntingdonshire, England in 1910 at the age of 21. It is not certain if he immigrated directly to Medicine Hat, but he was a resident at least as early as 1913, when he was employed as a Civil Engineer with the CPR depot. In 1917 Harold filed his homestead application (File #2418000) for coordinates NW, Section 17, Township 13, Range 1 Meridian 4. It is unclear whether he later maintained this homestead. He married Janette MacDonald (1897-1969) in Medicine Hat around 1918. He remained an employed with the CPR until approximately 1923, when he is listed in the Henderson Directory as a traveling salesman for P Burns Co. Harold maintained his position as a salesman until his retirement around 1963. In 1973 he was awarded for 5o years of service by the United Commercial Travelers of America. Harold had a love of dogs and was an active member of the Kennel Club. He also enjoyed hunting and fishing and was a long standing member of the Medicine Hat Fish and Game Association. Harold and Janette Bateman lived at 128 A - 1st St. NE. Harold Bateman died in 1978.

Jim Marshall donated the records in 1994. The records were created by the previous owners of his house, the Batemans. It was found in a box in his basement.