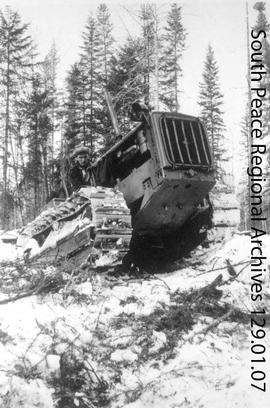 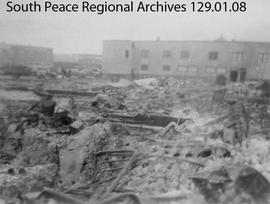 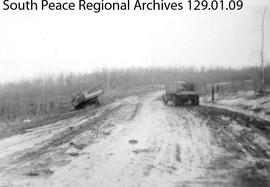 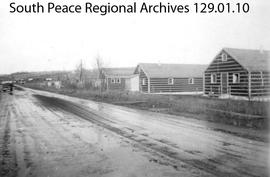 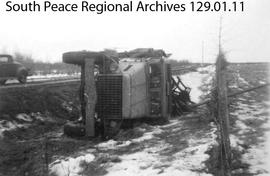 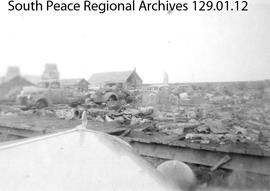 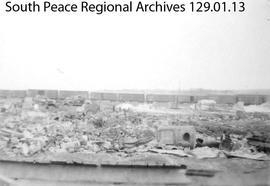 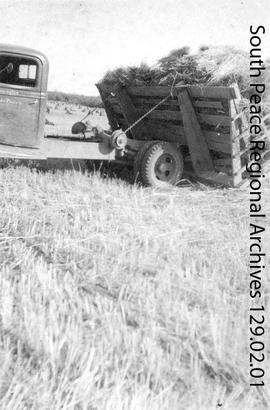 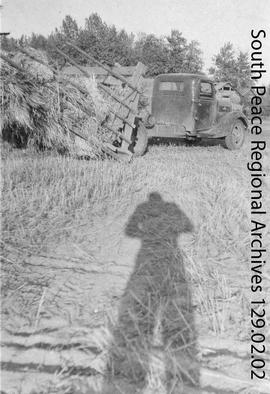 Elizabeth Smart was born in Bassano, Alberta in 1921, the daughter of Archie Smart and his English War Bride, Mable. Mr. Smart had immigrated to Canada from Bristol, England in 1901, and after working on projects throughout Canada, the States and Central America, settled in Southern Alberta. As well as farming and market gardening, he worked with the Canadian Pacific Railway and the Patricia-Brooks irrigation project. In 1928, the family moved north to the Flying Shot Lake District in the Peace River Country. Betty started school in Patricia, Alberta, but grades 2 through 8 were spent at one-roomed Flying Shot Lake School. Grades 9 and 10 were completed by correspondence through the Western Canada Institute, part of it under very difficult circumstances after her mother passed away in 1938. After a year at home, keeping house for her father and two younger siblings, in 1939 Betty went on to Vermilion Agricultural College for 2 years and obtained a Home Economics Degree. She became an expert cook, seamstress and craftsperson. Of the three Smart children (Betty, Barbara, and Charles), Betty was the only one who remained in the Peace Country. Barbara married an American Serviceman from California and Charles, a member of the Canadian Navy, was killed in an automobile accident in Halifax in 1954. Returning to Grande Prairie in 1941, Betty cooked for the Grande Prairie Hospital, helped her father with his market garden and later cooked for the first group of students in the Wapiti Dorm (Grande Prairie High School's student accomodations) when it was located at the Military Training Center. Later she worked at Nelson & Archibald's General Store. In 1944, Betty married Jack Welter, from Sexsmith. Jack had served with the Engineers during World War II, but was discharged because of foot and leg problems. After his marriage he worked on the extension of the runways at the Grande Prairie Airport, for the Town of Grande Prairie, as a heavy duty mechanic for Union Tractor until it closed down in 1957, and then for the Department of Highways until he retired in 1974. In his spare time, Jack built the family home and added rental properties. He was also an avid outdoorsman and helped build the shooting range in the dunes south of Grande Prairie. He passed away in 1987. Jack & Betty raised six children: Fred, Margaret, Frances, Janet, Ruth and Wayne. In between cooking, sewing and working, Betty gardened and knitted. She volunteered for many organizations: the Red Cross, Women's Institute, Guides and Brownies, the Grande Prairie Museum and the Golden Age Centre being the most frequent. She taught Arts & Crafts courses for the City in the 60s and 70s in knitting, crocheting, and drapery making. She also enjoyed writing, and the stories were collected and enjoyed by her children & grandchildren. Betty Welter died in 2013.

The fonds consists of school memorabilia and paper artefacts from Betty’s childhood, building the Welter family home, and her volunteer activities; certificates and news clippings detailing Betty’s activities with the Canadian Red Cross, and a book of minutes from the Local Association (Mother’s Auxiliary) of Guides, Brownies and Rangers from 1965-1970; a writing portfolio of biographies of the Smart family and Jack Welter, as well as memories of incidents which happened in her childhood, her teenage years and years as a young wife including income tax forms from 1943-1973; a wide subject range of photographs, from local Grande Prairie scenes and people to the construction of the Alaska Highway; and research files containing material researched for the archives: Miller’s Taxi; Teen Town; and a publication "The Inside Track" which traces the history of Union Tractor which Betty's husband Jack worked for. An accrual in 2010 consists of plans and blueprints of the Welter house and their duplex.

A finding aid is available at http://southpeacearchives.org/betty-welter-fonds/