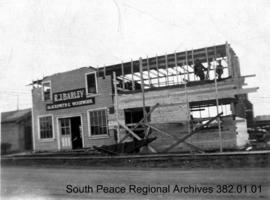 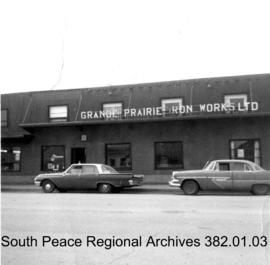 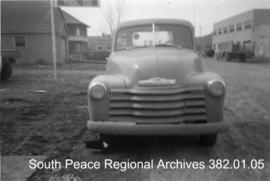 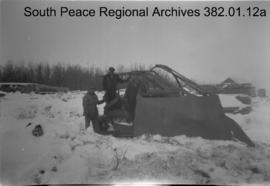 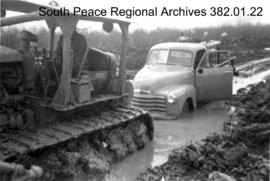 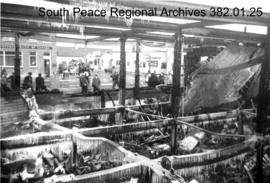 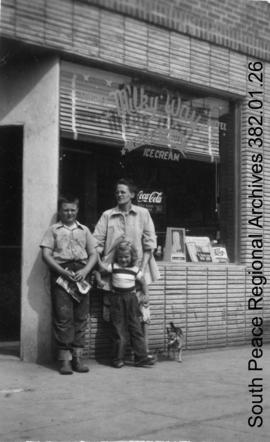 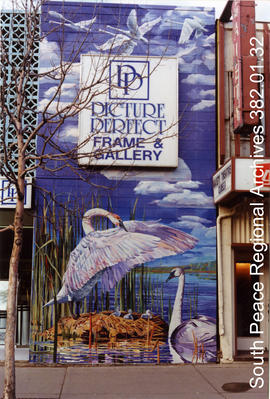 Bill Paul started a foundry in Camrose when he was eighteen but had to close shop to join the navy during WWII. He came to Grande Prairie in 1945 and took over the smithy and woodworking shop owned by R.J. Barley in order to establish the heavy steel fabrication and welding repair business, G.P. Ironworks on 99 Ave. It was the Peace country's only foundry for years and tackled many needs including designing and building brush pilers and create portable welding units. He had married Clarice Thelma Walkemeyer in 1941 and together they raised their family, Bill Jr., Patricia, and Susan in Grande Prairie. Clarice was also active in a business, managing their ice cream shop called "Milky Way" during the late 1940s and early 1950s. Her shop was across from the Hudson Bay Co. ( their family lived upstairs at the time) and she remembers making coffee all night for the men who were fighting the fire when the store burned. In 1951, Bill's younger brother, Glen, joined the business. Bill semi-retired in 1973 and then opened the business Picture Perfect in the Evans building on 100 Ave. in 1985. One of his major accomplishments was the renovation of total interior of the building. Bill passed away July 29, 1991 in Grande Prairie and in 2009, Clarice moved to Wild Rose Manor.

A finding aid is available at http://southpeacearchives.org/bill-and-clarice-paul/