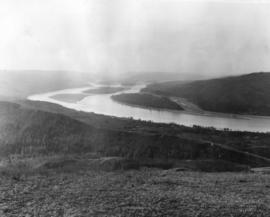 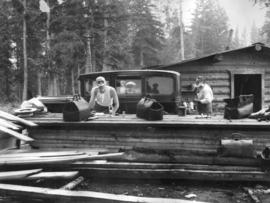 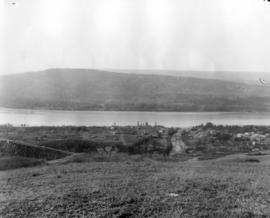 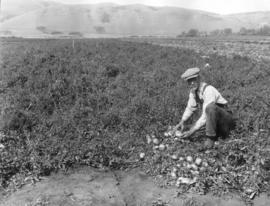 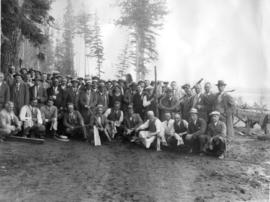 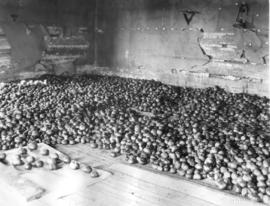 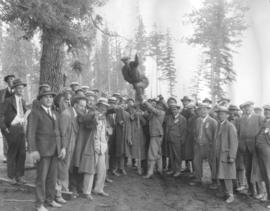 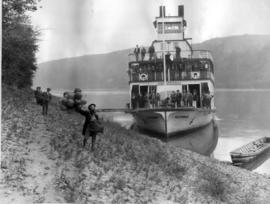 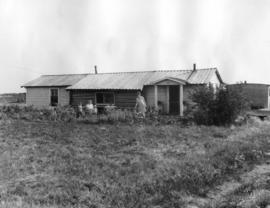 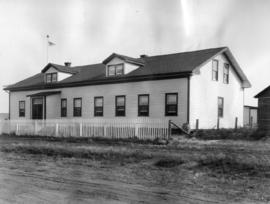 William Crawford (Bill) Pratt came to the Grande Prairie area in 1912, followed by his wife, Florence Patterson Pratt, and son Garnet in 1913. That same year he founded the first newspaper, The Grande Prairie Herald. Mr. Pratt later entered into business as the Imperial Oil Agent, and then as a warehouse distributor. He was active on the Board of Trade and in the community as a town councillor. In September 1928, during the time Bill Pratt was president of the Grande Prairie Board of Trade, the Board arranged a promotional tour of the Peace Country by E.W. Beatty, president of the Canadian Pacific Railway, and a party of Canadian Pacific directors and prominent business men from the east who were on their annual inspection trip of Canada. The purpose of the tour was to show the potential of the Peace Country and find solutions to the transportation difficulties for Peace River products going to market. Accompanying the C.P.R. group were area politicians, a photographer from McDermid Studio in Edmonton, and members of the local Board of Trade. Some of those identified are MLA Hugh Allen, Deputy Mayor P.J. Tooley, Bill Pratt, Jack Thompson, Jack Kerr, Martin Eagar and George Hart. After the south Peace tour, the CPR party went on to Spirit River, from where a north Peace tour may have been taken. Some of the photographs being from Peace River and area. Mr. and Mrs. Pratt had three children: Garnet, George and Marion. Mr. Pratt passed away in 1943.

The records were preserved by George Pratt, son of William C. Pratt, and donated to Grande Prairie Regional Archives in 2001

The fonds consists of 70 photographs taken by McDermid Studio on the Canadian Pacific Railway tour of the Peace Country in 1928. Subjects of the photographs include the Beaverlodge Experimental Station; the Trelle farm at Wembley; the Jack Thompson harvest east of Grande Prairie; the ranching operation of Mr. Early on the banks of the Peace River; roads, towns, and rural scenes en route; roads and buildings in Grande Prairie; and group photographs of the tour members. There is also a photograph of young Marion Pratt pinning a "Just Kids Safety" button on Lord Lovat, who was a member of the CPR delegation.

The records were preserved by George Pratt, son of William C. Pratt, and donated to Grande Prairie Regional Archives in 2001

A finding aid is available at http://southpeacearchives.org/bill-pratt-fonds/