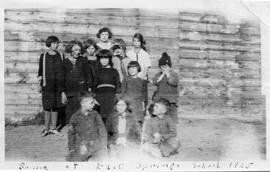 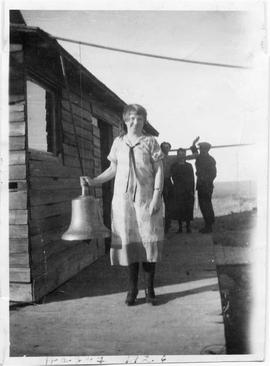 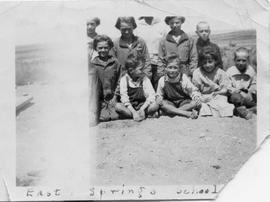 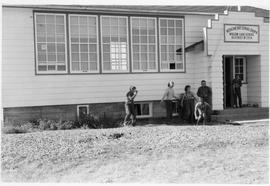 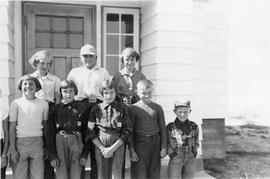 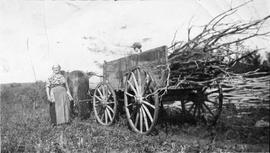 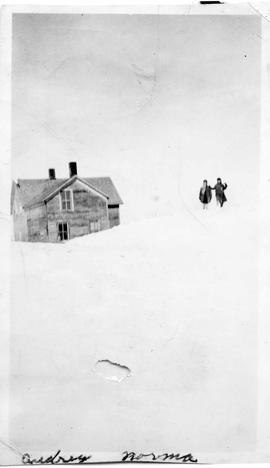 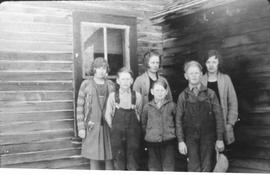 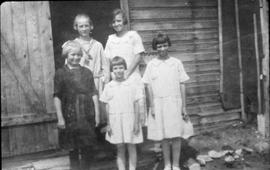 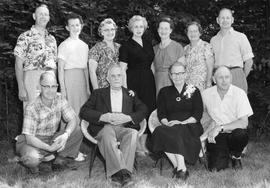 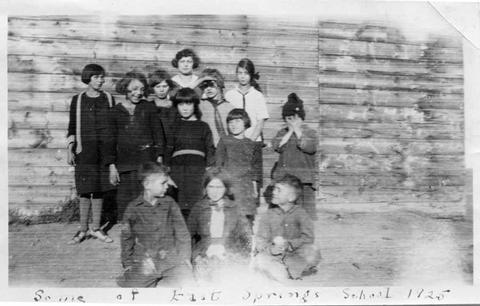 Ruth Daw (nee Hulland) was raised on the British Block prior to expropriation in 1941. Having a keen interest in local history, Ruth naturally became interested in the history of the British Block, and with capturing its people, sense of place and time. The 1960s and 1970s saw the creation of numerous community history books. These projects were undertaken in reaction to an ongoing loss of living memory of pioneer life, due to an aging population. Ruth was likely inspired by these undertakings and sought to compile the history of the British Block herself. She began compiling material and contacting the relocated British Block settlers, as early as 1967. Her project would span decades, resulting in the amassed material within this fonds. Ruth's intention was to create a community history book, a feat normally taken on by numerous members of a society. While, many notes, partial rough drafts and chapters can be found within her research materials, Ruth never completed a full and finished book. Regardless, her ultimate goal of capturing and preserving the people and character of the British Block was met when she donated all of her material to the Esplanade Archives.

Ruth Daw (nee Hulland) was the daughter of John Cuthbert Hulland and Helen "Nellie" Brown Hulland (nee Sneddon). John was born around 1894 in Egginton, Derbyshire, England to parents Thomas John Hulland and Elizabeth Hulland (nee Bath). John had three siblings, Sarah, Ronald and Thomas. He immigrated to Canada with his family in 1913, at the age of 22. He was a farmer and a rancher. He settled around Bingville, Alberta and married Nellie Sneddon on July 8, 1928 in Redcliff. This was the last of the "old time" style settler weddings for the British Block area.

Helen Sneddon, better known as Nellie, was born March 17, 1905 in Kirkliston, West Lothian, Scotland, to parents Thomas Sneddon and Marion Sneddon (nee Meikle). Nellie immigrated to Taber, Canada with her family in 1906. She had three sisters, Elizabeth, Georgina, Margaret, and one brother, Charles. She was a teacher in the East Springs school district.

Nellie and John Hulland had six children together, namely: Esther, Marion, Nellie, John, Ruth, and Thomas Jr. The children were raised on the British Block around the Bingville District. The family left the area after expropriation of the land in 1941 by the Federal Government for military use. John and Nellie resettled in Medicine Hat, where they resided until John died on October 26th, 1954. After John's death, Nellie married Otto Berrnardus Butterman on June 16, 1956. The couple lived in Calgary until Nellie's death on August 3, 1985. Both John and Nellie are burried in Medicine Hat. Otto, born March 24, 1898 in the Netherlands, died March 1988 in Kimberly, British Columbia.

Born around 1929, Ruth Hulland married Clifford Daw of Lethbridge on July 4th, 1953. Both Ruth and Clifford had attended the Unviersity of Alberta. Clifford's parents were Charles and Gertrude Daw. He was born in Calgary and attended North Hill Schools until the age of 18, when he quit and joined the Navy. Subsequent to his university training, Cliff spent the remainder of his career as a physics teacher for Winston Churchill High School in Lethbridge. Cliff and Ruth had three daughters, Carolyn, Evelyn, and Lorraine. Clifford died on April 11, 1997, at the age of 72.

Fonds consists of: Topic and family/individual research files on the settlements, homesteads, history, and lifeways of the inhabitants of the British Block Area, including but not limited to Bingville, East Springs, Bray Lake, New Holland, Carlstadt (Alderson), Box Springs, Tilley East area,etc. (some material pertaining to resettled areas such as Buffalo, Medicine Hat, and Redcliff).