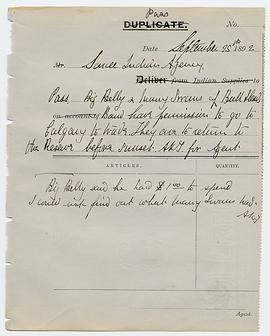 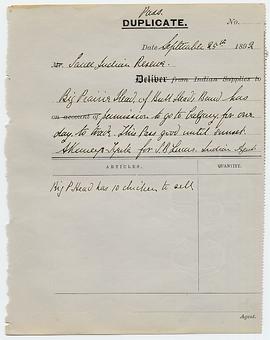 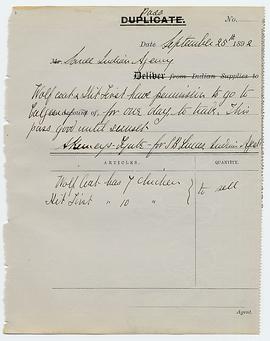 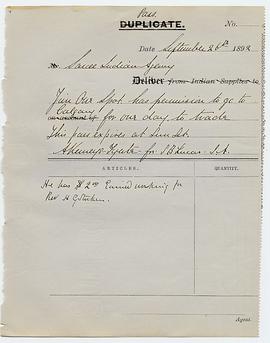 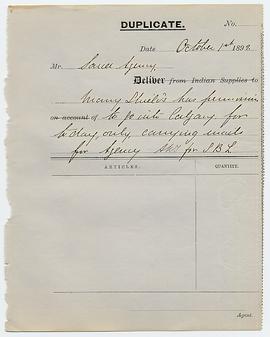 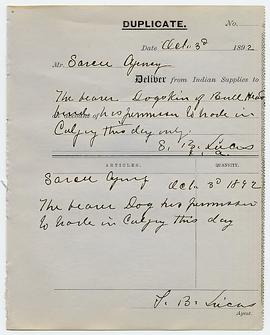 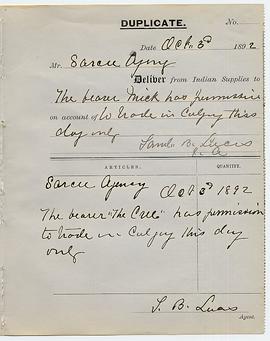 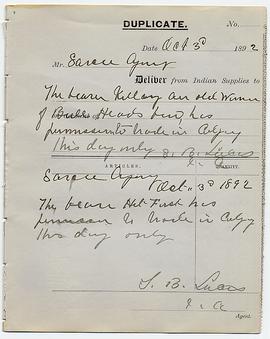 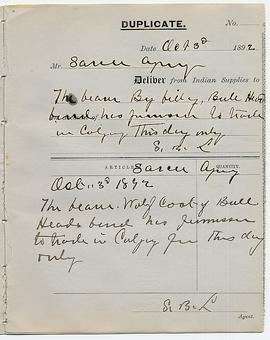 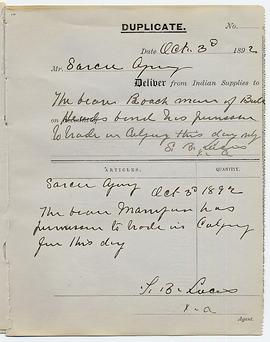 The fonds consists of general correspondence and some relating to mission schools, grazing of stock, and rations; letter registers; official diaries (1913-1916); reports relating to farming, schools and medicine; ration books; vouchers, receipts and ledgers; annuity pay list (1877); passes to leave the reserve; census and death registers; and a visitors' book of people who visited the agency (1903-1929).

Other Sarcee Indian Agency records are held by the National Archives. Microfilm copies are available at Glenbow.