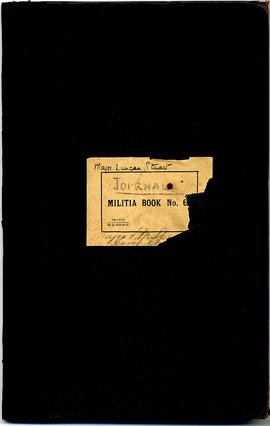 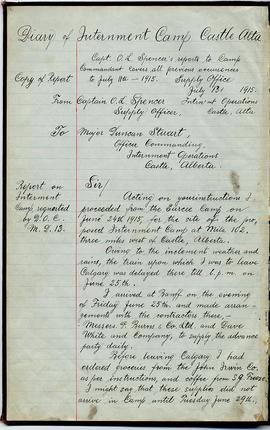 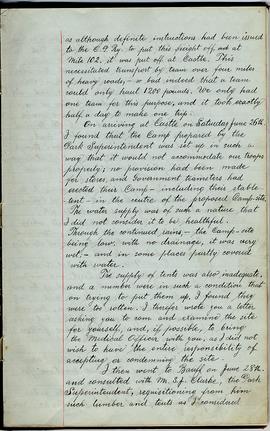 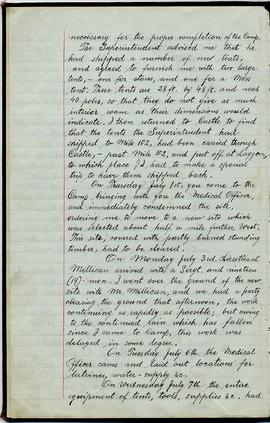 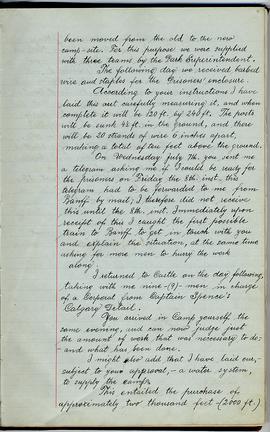 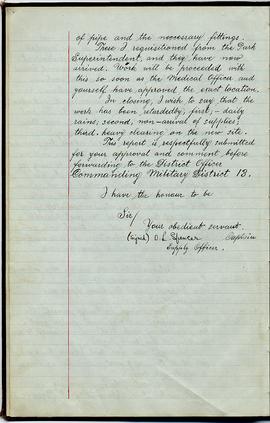 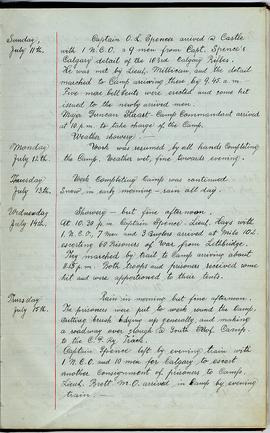 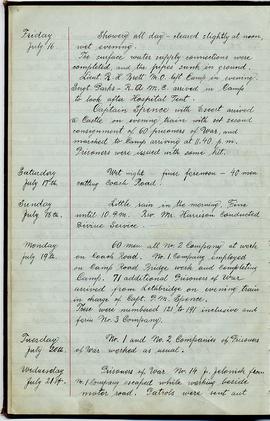 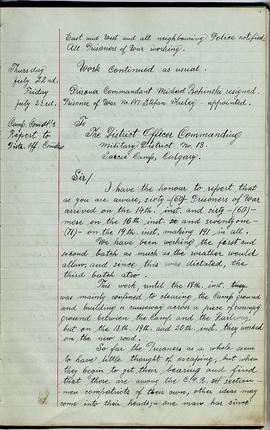 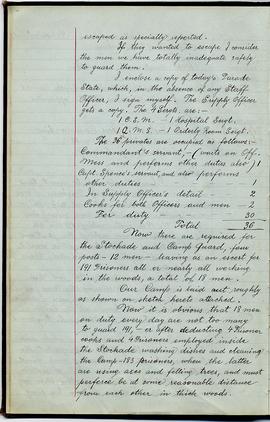 During First World War twenty-four internment camps were set up across Canada by the Department of National Defence to hold prisoners of war and persons considered "aliens of enemy nationality". The Castle Mountain Internment Camp was situated on the road between Banff and Castle, Alberta and operated between July 1915 and July 1917. The Canadian Army provided supplies and military guards, and the Parks Department the housing and tools. Prisoners were housed in tents in the summers, and formed work parties to clear trees. During the winters they lived in wooden buildings near the Cave and Basin site in Banff, and cleared ground, built a bridge and a road. Some prisoners also worked in Canmore mines and for the Canadian Pacific Railway (CPR).

The journal was published as In the Shadow of the Rockies : Diary of the Castle Mountain Internment Camp, 1915-1917 / Bohdan S. Kordan and Peter Melnycky, eds. - Edmonton : Canadian Institute of Ukrainian Studies Press, The University of Alberta, 1991.

The original is restricted due to fragile condition. Digital and photocopies are available for research purposes.