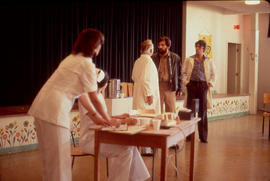 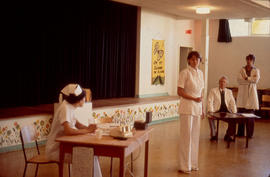 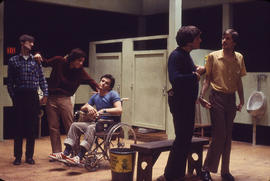 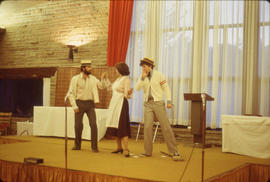 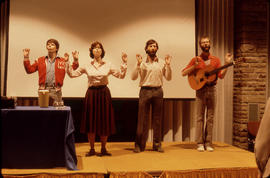 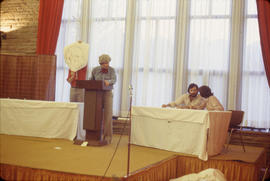 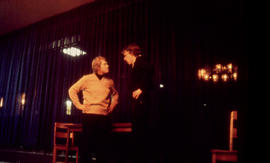 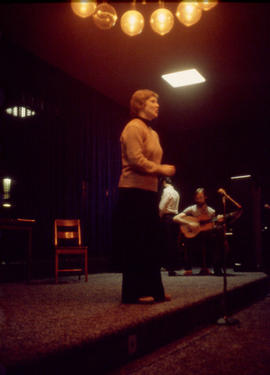 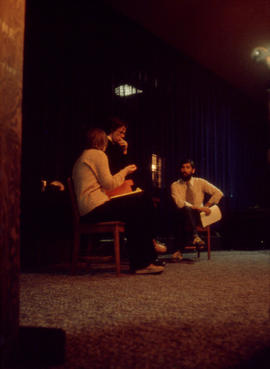 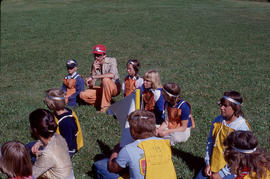 15 m of textual records and other material

The Catalyst Theatre was incorporated in 1978, but began from Theatre for Social Action projects directed by David Barnet in the Drama Department of the University of Alberta. One such piece, entitled Drinks before Dinner (1977), caught the attention of the Alberta Alcoholism and Addiction Commission and the commission funded a provincial tour of the piece. Soon other social agencies began to make inquiries, and Catalyst Theatre was formed, with Barnet the acting part-time artistic coordinator. In 1979, Jan Selman, a M.F.A. grad from Alberta, was hired to be Catalyst's first full- time artistic director. Catalyst's stated objectives from the outset were to "promote and practice the use of theatre for public education and as a catalyst for social action." Topics explored under this mandate included alcoholism and drug abuse, juvenile crime, spouse abuse, poverty and teen suicide. Plays were performed in whatever space the sponsors or tour location had available. In 1985, Ruth Smillie replaced Jan Selman as artistic director. During Smillie's tenure Catalyst moved away from producing pieces for social agencies and began to pursue projects of its own choosing. In 1990, Catalyst, for the first time acquired its own performance space in the Edmonton neighbourhood of Garneau. The new performance space, though small, became known for its experiments in cabaret theatre. During Smillie's tenure, the theatre also developed the Takwakin project featuring the writing and direction of Floyd Favel. Favel's works All my Relations (1990) and Lady of Silences and Requiem (1992) featured all-Native casts and sought to develop new images of and for the contemporary native. Smillie resigned in early 1996 and was succeeded by the directing tandem of Joey Tremblay and Jonathan Cristenson. To cut costs, they moved Catalyst into a converted warehouse at 8523- 103 St., and revised the objective of Catalyst to focus on theatrical innovation instead of social change. The new commitment was to "creating original Canadian work that explores new possibilities for the theatrical art form and the process through which it was created," to "exposing work nationally and internationally", and to "challenging the artists and audiences who participate in the creation of that work."

The University of Alberta Archives maintains a contract with the Catalyst Theatre for the ongoing donations of theatre materials. Records were donated in three different accessions in 1992, 1994, and 1997.

: Access is open with the exception of series A.7 (contracts, payroll and employee records) which have been placed under restriction. Access to these records is at the discretion of the chief archivist.