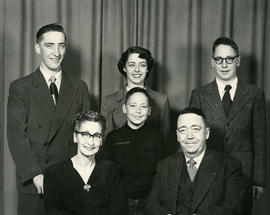 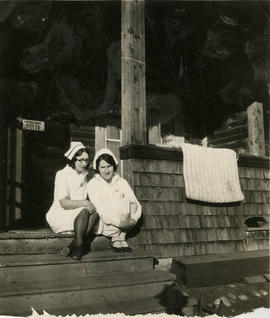 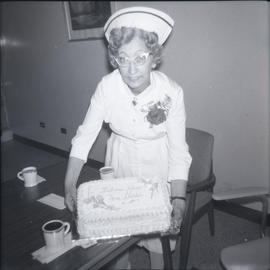 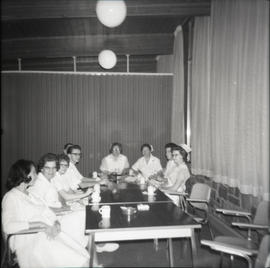 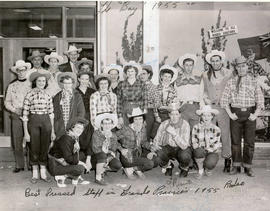 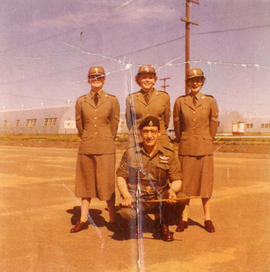 Clarence W. Shields was born February 19, 1904 in Okotoks, Alberta to parents John Andrew and Elizabeth (Bourque) Shields. He grew up on the family farm making his way to Grande Prairie, Alberta when he was twenty-four years old.

Marie Albertine Nora Dionne was born January 8, 1907 in Pincher Creek, Alberta to parents Baptiste and Edith (Cyr) Dionne. Nora graduated from nursing school in Edmonton, and started working in Grande Prairie at the Kathryn Prittie Hospital in 1928.
Clarence and Nora were married in 1929 and settled back in Grande Prairie. Nora continued to work as a nurse and Clarence worked as a sales broker. Their children John Wendele (Jack), Elizabeth Helen (Betty), William Clarence (Bill) and Thomas Dionne (Tom) grew up in Grande Prairie. Clarence passed away in 1956 at the age of 48 years.

Clarence and Nora’s oldest son Jack Shields, became involved in the military after WWII as a member of the Princess Patricia’s Canadian Light Infantry, 1st Battalion. With the outbreak of the Korean War Jack joined the 2nd Battalion and did some training in the United States. Jack travelled to Korea aboard the ship Pte. Joe P. Matinez in 1950 and later fought in the battle at Kap’yong. Jack served for 18 months in Korea and attained the rank of Sergeant. Once home he was promoted to Warrant Officer and before retiring from the army. Jack went on to become Assistant Superintendent of School for Northern Alberta and became MP for Athabaska region. Jack was married to his wife Pat and had three sons. Jack died in 2004 and is buried in the Grande Prairie Cemetery.

The records were donated by Jan Shields, wife of Tom Shields and daughter-in-law to Nora and Clarence Shields, in September 2013.

The records were donated by Jan Shields.

A finding aid is available at http://southpeacearchives.org/holdings-2/finding-aids/fonds-627-clarence-nora-shields-family-fonds/