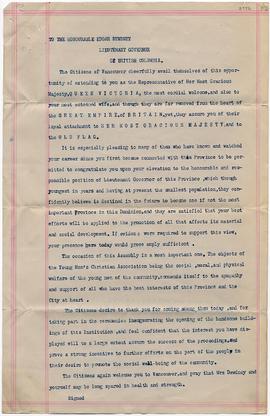 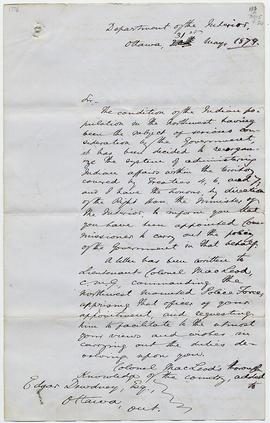 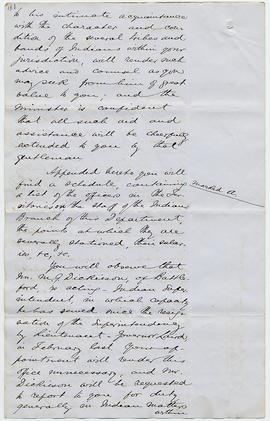 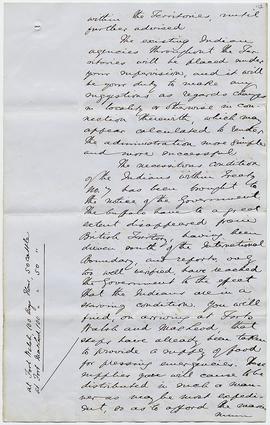 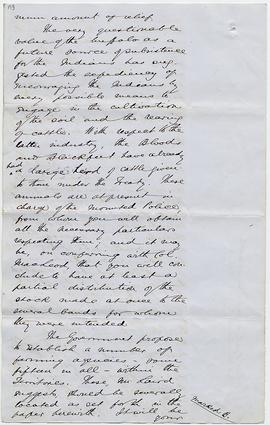 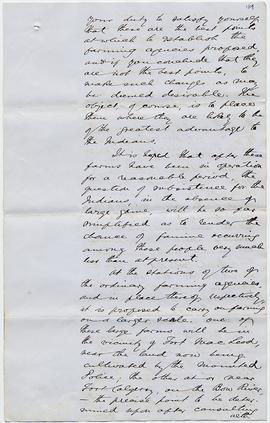 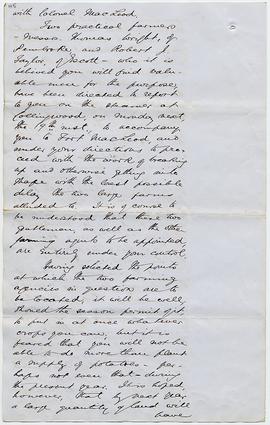 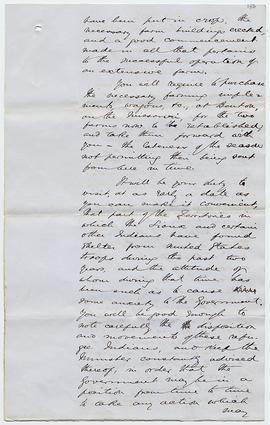 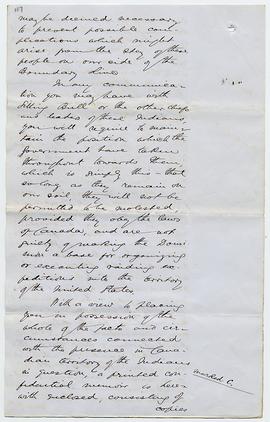 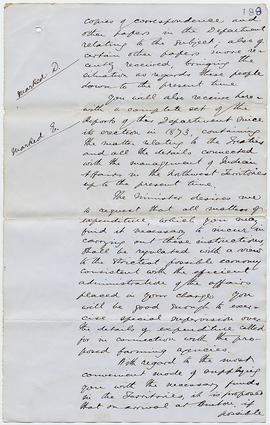 Edgar Dewdney, 1835-1916, was born in Devonshire, England, and educated as a civil engineer. He came to British Columbia in 1859. He married twice: to Jane Shaw Moir, 1842-1906, in 1864 and to Blanche Elizabeth Plantagenet Kemeys-Tynte, 1853-1936, in 1909. There were no children from either marriage. He surveyed and built the Dewdney Trail, completed in 1865. His brother Walter, 1837-1892, followed Edgar to British Columbia. Walter had a son, Edgar Edwin Lawrence "Ted" Dewdney, 1880-1952, whose son was Peter Dewdney, 1917-2008. Edgar Dewdney was elected to the British Columbia Legislative Council in 1869, and to the Canadian Parliament as Conservative member for Yale in 1872, 1874 and 1878. He was Indian Commissioner and Lieutenant-Governor for the North-West Territories, 1879-1888 and 1881-1888 respectively. During this period he carried on regular correspondence with Sir John A. Macdonald regarding current affairs and, in particular, the 1885 Riel Rebellion (North West Rebellion). He was elected to Parliament as member for Assiniboia East in 1888 and 1891, and served as Minister of the Interior, 1888-1892. From 1892-1897 he was Lieutenant-Governor of British Columbia. He then retired to become a mining broker in Victoria, where he died. In 1975 the Historic Sites and Monuments Board of Canada designated Dewdney as a National Historic Person. For further information see the MA thesis, "Edgar Dewdney, Commissioner of Indian Affairs and Lieutenant Governor of North-West Territories" / by Jean B.D. Larmour.- Regina : University of Saskatchewan, 1969. See also E. Brian Titley's entry "Edgar Dewdney" in Dictionary of Canadian Biography, volume XIV. -- Toronto : University of Toronto Press, 1998, p. 295-298; The Frontier World of Edgar Dewdney / Brian Titley. -- Vancouver : University of British Columbia Press, 1999; and "The Honourable Edgar Dewdney, 1881-1888" in On Behalf of the Crown : Lieutenant Governors of the North West Territories and Alberta, 1869-2005 / Sandra E. Perry and Karen L. Powell. -- Edmonton : Legislative Assembly of Alberta, 2006, p. 249-269.

Use of originals is restricted due to fragile condition.

Other Dewdney papers are held by Library and Archives Canada, and the Nelson Museum Archives. A microfilm copy of the NAC material is available at Glenbow. There are also original Dewdney documents in the Peter O'Reilly fonds at the Provincial Archives of British Columbia.