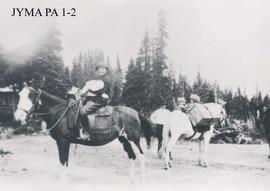 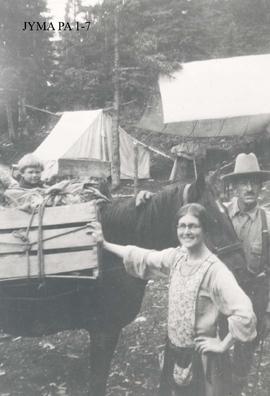 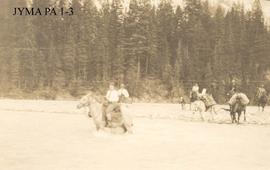 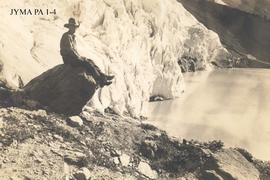 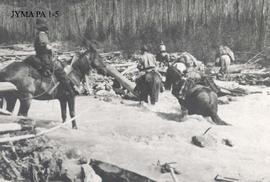 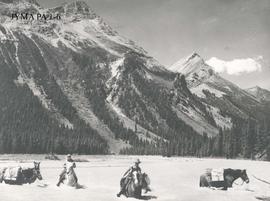 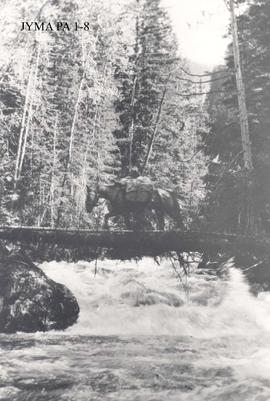 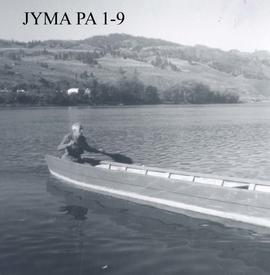 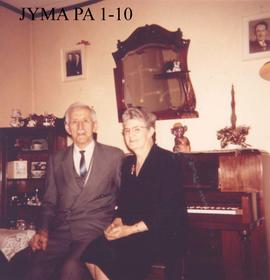 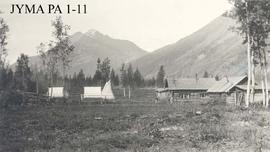 Ted Abram was a young adventurer from England searching for gold. He worked for a while in a sawmill as prospecting never yielded much gold. He went on a prospecting trip with his partners, Mort and Bill Teare. The group ended up in Tete Jaune Cache were Abram worked as a drayman and mining recorder. He married his wife Millicent in 1922 who came from England also. The couple homesteaded on the banks of the Fraser River in hopes that a highway from Kamloops to the Alberta border would open up the Yellowhead Pass. They eventually sold their 17.9 acres in 1945. In 1969, Ted Abram attended the opening ceremonies of the Yellowhead Highway where a section of it ran right through the old Abram homestead. The couple was also memebrs of the United Church choir in Jasper. Ted passed away at Powell River, B.C. at the age of 86. At the time of his death, he was survived by his wife, Millicent, two daughters Peggy and Nora, and a son, George.

The fonds consists of photographs of the Abram family and acquaintances.