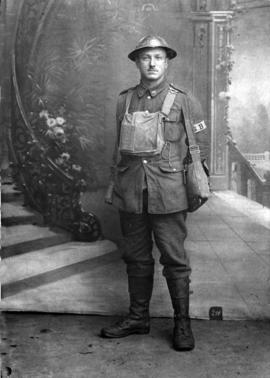 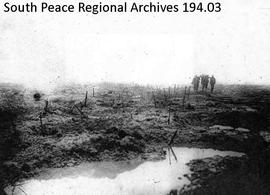 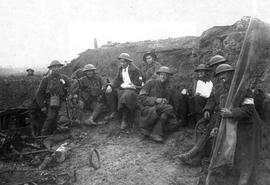 Edward Joseph Heller was born in Iowa in 1889. Ed came to Saskatchewan in 1913 , where he drove a 60 HP gas tractor pulling a breaking plough. He soon teamed up with Fred Colette and Kenneth Murray walking over the Edson Trail. He worked for Oliver Johnson for the winter, then filed on the Sammy Johnson place on April2, 1914 and enlisted in the 66 Infamtry for WW1. He was discharged in 1919 and took up Free Grant land that had been abandoned. Ed married Laura Davis in 1920. In 1926, because of a war injury Ed had sustained, they rented out their farm and moved to White Rock. They returned in the fall of 1930 to resume farming and built a two-storey house on the Beaverlodge River.They had four children: Robert, a farm manager at Vermilion Agricultural College married Muriel Fulton; Marion, a teacher married to Vernon Hill in Beaverlodge; Edna, a secretary married Stanley Sparkes, R.A.F. settling in Beaverlodge after WW11; Beth married Bruce MAcDonell and lives in Drumheller. Ed was always athletic He competed as a wrestler and a runner while in military service and in local sports days during two years with the Veteran's Guard during WW11. He served on the Appleton School Board, the Divisional School Board, and was active in the U.F.A. and the Legion.

The collection was preserved by Edna Sparkes, daughter of Edward Heller, and donated to the South Peace Regional Archives in 2005. An accrual to the fonds was donated by daughter Marion Hill in 2011.

The fonds consists of a copy of a handwritten memoir of his WW1 experiences, a scanned postcard photograph of Edward Heller, a framed print of Vimy Ridge, and 2 framed copies of photographs of WW1 trenches. An accrual consists of a soldier training certificate (1916), a copy of his attestation papers and his application in 1919 for a Soldier Settlement Grant.

The collection was preserved by Edna Sparkes, daughter of Edward Heller, and donated to the South Peace Regional Archives in 2005. An accrual to the fonds was donated by daughter Marion Hill in 2011.

A finding aid is available at http://southpeacearchives.org/edward-heller-fonds/