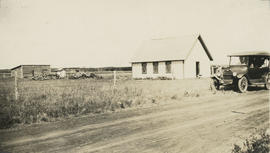 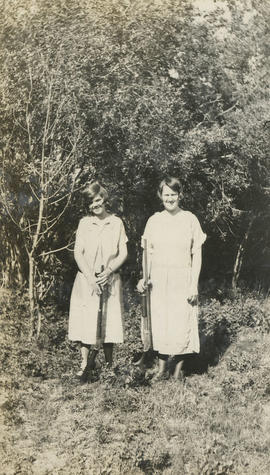 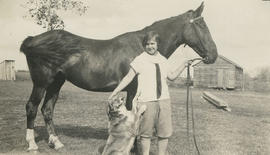 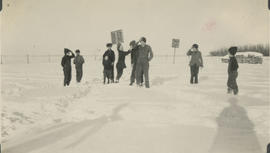 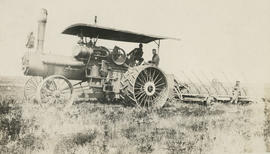 Eunice Maude Leonard [nee Lawley] was born in Wales in 1905. Her father, Alfred Lawley, immigrated to Canada shortly after, following his brother to Lethbridge where they worked in the coal industry. Eunice, her older brother bill, her older sister Dorothy, and her mother Louisa joined them a few years later, sailing on the Empress of Ireland to Montreal. The family travelled across the country by train, joining Alfred who was working in Fernie, BC. The family moved to Nelson, BC then to Langley Prairie, BC and finally to Vancouver.

Eunice took her teacher training at the Model and Normal Schools in Vancouver, BC. Her very first teaching position was in Clairmont in 1926. She returned to BC, married, and taught in various schools. She retired in Wells, BC and passed away in 1999 at the age of 94.

The album was created by Eunice Maude Leonard. These pages were part of a larger album, most of which pertains to Eunice’s life and family in British Columbia. These album pages were donated by her niece, Marjorie Carlson in 2019.

This fonds contains records related to Eunice Maude Leonard’s experiences while teaching at Clairmont in 1926. Clairmont, Beaverlodge, and Pouce Coupe are documented, as well as education, farming, and hunting.

These records consist of one typewritten biography by her niece, Marjorie Carlson and thirteen loose photograph album pages.

A finding aid is available at http://southpeacearchives.org/holdings-2/finding-aids/fonds-678-eunice-maude-leonard-fonds/