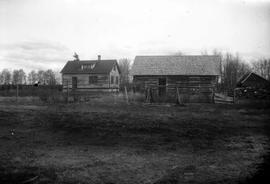 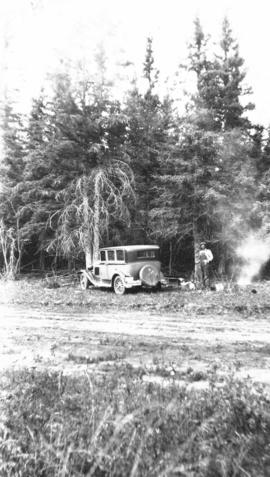 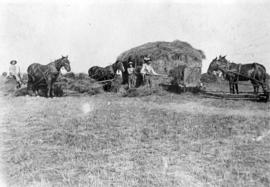 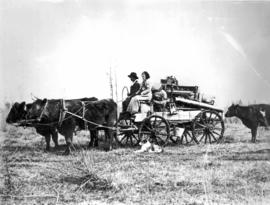 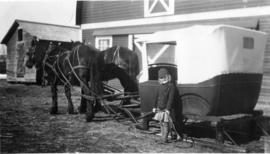 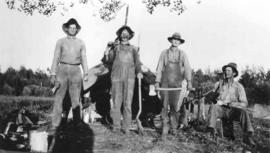 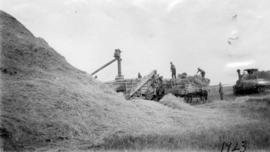 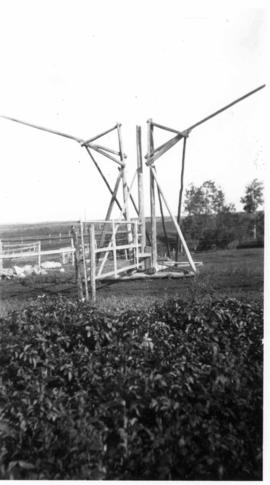 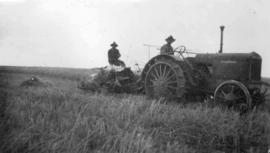 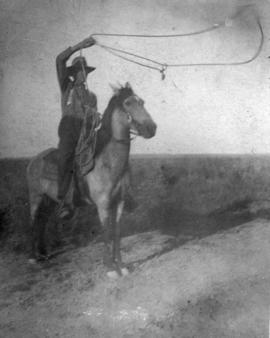 Forrest Clinton Falk was born August 23, 1895 in Sumner, Iowa. When he was six years old, he was placed in the Lutheran Orphans' Home in Waverly, Iowa by his father, but was retrieved 2 months later by his relatives. By the time he was 15, he had rejoined his father and was working at any odd jobs he could find in Muskogee, Oklahoma. At the age of 17, Forrest travelled as a stowaway by train up to Edson, then drove a team over the Edson trail for Leonard Beard, a settler coming to Grande Prairie with his family. They arrived in September, 1911. After filing on a quarter southeast of Clairmont and helping the Beards start a cabin, Forrest worked as a farm labourer for ranch owners such as Sproule and Cochrane. In 1912, he was joined by his father, John Frederick Falk. Father and son worked at proving up their homesteads over the next years, with Forrest working out as a ranch hand and a hauler on the trails. On September 23, 1917, Forrest enlisted as a Private 1st Class for World War I at Deer Lodge, Montana. He fought at Cierges Fermes and Soissons in 1918, and was injured during his last raid, on August 30, 1918. In 1927, Mr. Falk married Edith Catherine Paige.

The fonds consists of personal records and photographs; legal papers and financial records from the Falk’s homestead including his original homestead application; and papers and correspondence regarding Forrest’s tour of duty in France during World War I and his resulting injury.

A finding aid is available at http://southpeacearchives.org/forrest-falk-fonds/

A Bill of Sale included in personal papers relates to a saddle in the Grande Prairie Museum. Also in the museum collections is a Purple Heart World War I medal, awarded to Forrest C. Falk for Military Merit.