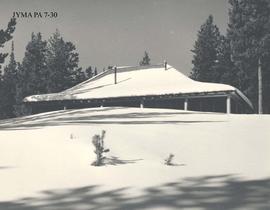 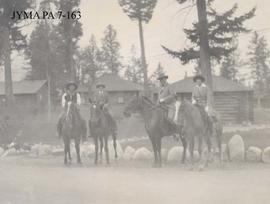 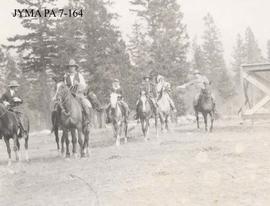 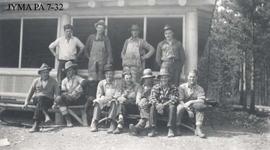 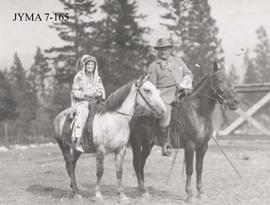 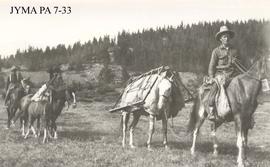 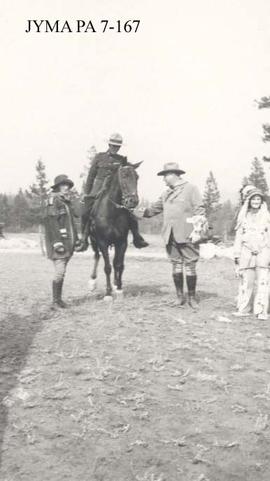 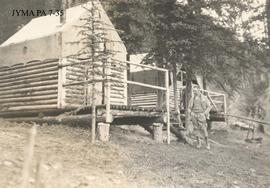 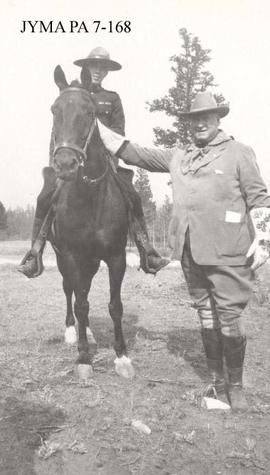 Frederick Archibald (Fred) Brewster (1884-1969) was a key player in the history of Jasper and the development of tourism in the area. Fred, the fourth son of the well known Brewster family of Banff, Alberta, attended public school in Banff and received an engineering degree from Queen's University in 1910. After graduating, Fred and his brother Jack came north from Banff to work as freighters during railway construction east of Jasper. In partnership with their sister Pearl's husband, Philip Moore, they freighted ties for the railways and developed a guiding and outfitting business. During the summers of 1912-1914, Fred accompanied a variety of hunting and scientific expeditions, including a patry from the United States Biological Survey and the Smithsonian. The Prescott-Fay expeditions were interested in collecting specimens of plant and animal life along the eastern slopes of the Rockies between Yellowhead Pass and Peace River as well as exploring the country. Serving overseas during World War I, Fred attained the rank of Major and received the Military Cross and Bar. After Fred returned to Jasper, he and Jack purchased a tent camp (Tent City) in 1919, on the shores of what now is Lac Beauvert. A few years later Canadian National Railways bought the expanded camp and developed it into Jasper Park Lodge. Fred retained the horse concession there and encouraged trail riding as a major tourist attraction. He built the Maligne Lake Chalet at Maligne Lake and had camps at Medicine Lake, in the Tonquin Valley and at other backcountry locations. He guided summer horse trips and winter ski trips and also pioneered the world reknown Skyline Trail between Maligne Lake and Jasper Park Lodge. He was affectionately known as "Mr.Maligne" and also as "Mr. Jasper". Beyond the tourist business, Fred was a very active member of the Jasper community. He was a founding member and the honorary president of the Jasper-Yellowhead Historical Society. Fred was a life member of the Jasper Park Ski Club, the Jasper Chamber of Commerce and the Jasper branch of the Canadian Legion. This collection of Fred Brewster's is a significant addition to the recorded history of the Jasper region.

The fonds consists of correspondence and topical files (originals and copies), as well as blueprints, brochures, newspaper clippings, magazines and copies of articles relevant to Fred, the Brewster family, the Jasper area, the Jasper-Yellowhead Historical Society, skiing, trail riding, hunting and guiding and other subjects relevant to the history of Jasper. There are field and notebooks from university days and WWI as well as from various expeditions, pamphlets, photographs, maps and a number of books and artifacts. Also included in the fonds are photographs of the Brewster family and home; the Brewster stable and some of the cowboys and guests; and the Jasper rodeo.