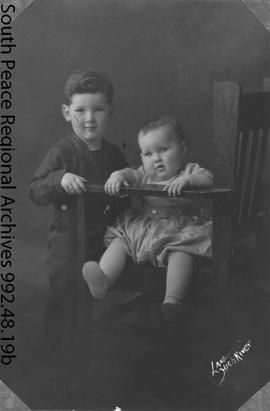 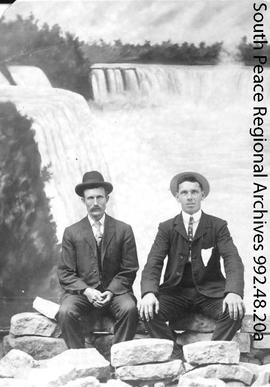 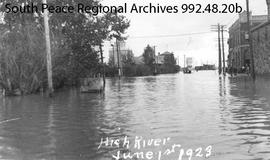 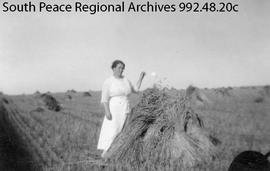 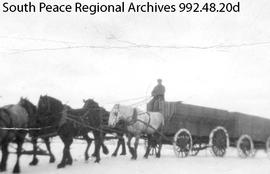 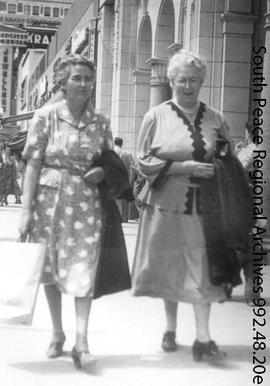 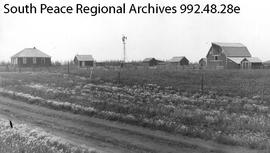 Patricia and Leslie Allan Grant lived in the Grande Prairie area during the latter half of the 1900s. Their son, Morley Allan Grant, graduated from the Grande Prairie High School in 1969 and from Fairview Agricultural College in 1971. Leslie Allan Grant, born in 1922, was the oldest child of John Gordon Grant and Ada Jane McKeage. John, born in Scotland in 1887, had immigrated to Canada in 1911 and moved to High River in 1914. There he met Ada McKeage, who lived in Gladys, Alberta, near High River, with her parents, Mr. & Mrs. John McKeage, and siblings, Herman and Margaret. They corresponded for four years while Ada traveled (possibly worked) in Alberta, Quebec and Vermont, and were married in 1920. There were two other children born to the Grants: Norman Edward in 1924, and Margaret Elaine in 1928. They farmed near High River, 1 ½ miles east of Gladys Ridge store from 1919 until 1932. Ada passed away in 1957. Patricia McIntosh Grant lived in the Calgary area before she married Allan Grant in 1947. She was the daughter of Kitty Short McIntosh. Kitty's sister, Alice Mary Short, was a graduate and long-time employee of the Holy Cross Hospital in Calgary.

The fonds consists of certificates from family members over three generations, letters from Ada McKeage to John Grant during their courtship, photographs of the Grant children, diaries and financial records from Alice Mary Short, and miscellaneous cards and letters. Included in the collection are the records of St. Andrew’s Women’s Auxiliary from Gladys, Alberta, dating from 1913-1923, for whom Mrs. McKeage was the secretary.

A finding aid is available at http://southpeacearchives.org/fonds-136-grant-family-fonds/

Publications and 1 map included in the fonds can be found in the Archives’ Pamphlet Collection and Map Collection.
Many artefacts from the Grant family home, including items belonging to Mary Short and Ada & John Grant are in the Grande Prairie Museum.