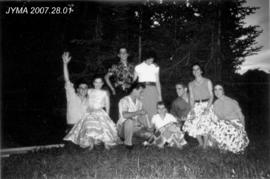 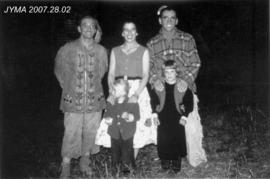 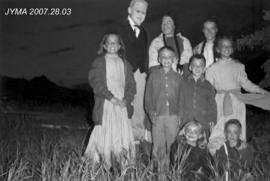 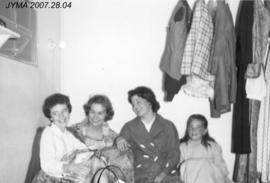 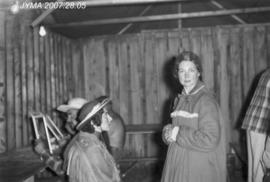 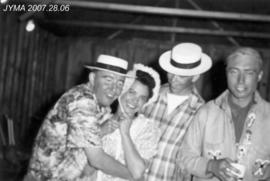 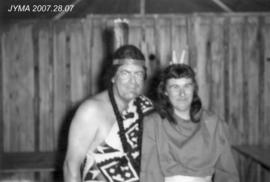 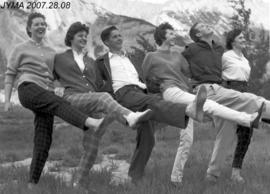 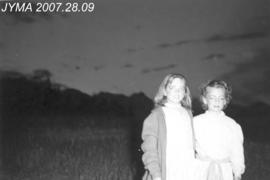 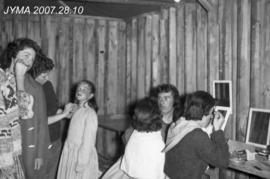 Jim Heckley (b. Apr 30, 1895 - d. Apr 24, 1970) came to Canada from Barrow-in-Furness on Walney Island in Lanes, England. He was a Grenadier Guard during WWI. In civilian life he was a "fitter and turner" in the English shipyards. In Canada he could find no employment in his trade. After a brief stint logging in Blackpool, B.C. he found work with the railway in Jasper, where his first "home" was a tent on Bear Hill shared with two other young men. From 1921 until his retirement in 1960 Jim worked for Parks Canada's revenue collection. In 1929, Janet Carter (b. Dec 15, 1901) of Gray, Essex, left England for Irma, AB where she visited her father who had emigrated to Canada in 1909. She then moved to Jasper where she worked for Dr O'Hagan, boarding with his family. In April she began work at Jasper Park Lodge, in the linen room. In Jasper, Janet attended the United Church. She met Jim Heckley, a bass in the church choir. They were married, March 11, 1931. The Heckleys lived at 504 Patricia Street (now the Cantonese Restaurant). They had two children: Ramsey (b. Apr 15, 1932) and Primrose (b. Oct 17, 1935). During the 1930s Jim and Janet continued their association with the United Church choir. The Heckleys hosted musical evenings at home and were involved with various other musical events. A notable one was a production of the operetta El Bandito. Janet continues to be active in the Anglican church, playing the organ for services and for the occasional wedding. Janet passed away in September of 2005. Primrose Heckley was also active in the music scene. In 1952 Primrose represented Jasper at the Banff Winter Carnival. She travelled down with Larry and Betty Ann Gates, and Jasper the bear. After completing school in Jasper, Prim moved to Edmonton to take secretarial training at Alberta College and begin voice training. Prim married Roger Spidell, a Mountie from Lunenburg, N.S., posted in Edmonton (1956). Currently, they live in Edmonton. Their three children are Matthew Roger (b. Mar 14, 1959), Jennifer Ann (b. Sept 19, 1962), and Jane Primrose (b. Oct 29, 1964). Ramsey Heckley left Jasper to complete his education at Concordia College in Edmonton, and then at the University of British Columbia. Returning to Jasper in 1956, he joined the Canadian National Railway (CNR), where he worked until retiring in 1990. Ramsey has always been very athletic, enjoying skiing, mountain climbing and golf among many other activities. In 1982 he entered and finished a Triathalon, doing the swim, cycle and run. Avice Cleave, a pediatric nurse trained at the Westminster Children's Hospital in London, England arrived in Jasper in May 1959, to be a receptionist for the summer at Andrew's Athabasca Hotel. She had spent two and a half years in Australia and planned to return after working her way west across Canada. However plans changed when Avice met Ramsey. Ramsey and Avice were married December 1, 1962. Their four children are: Stewart Ramsey (b. Jan 6, 1964), Kent James (b. in England Oct 01, 1965), Derek William (b. Sept 21, 1966) and Cavelle Maureen (b. May 12, 1969)

The fonds consists of photographs from the summer productions of the Jasper Story (1959-1960). This musical was performed annually, on an outdoor stage on Gordon Bried's property known as, The Palisades Motor Hotel.