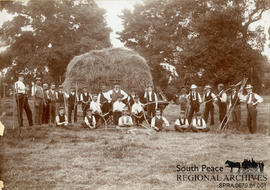 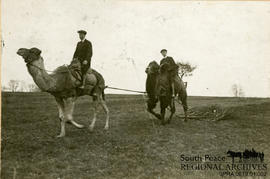 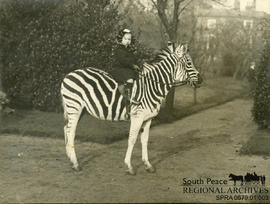 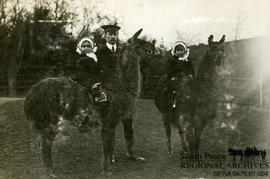 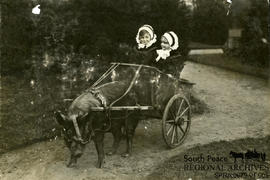 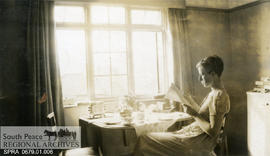 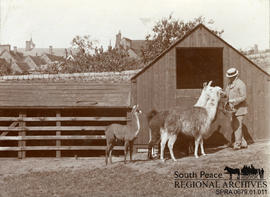 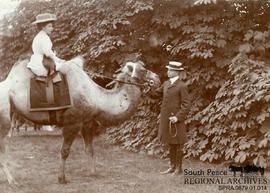 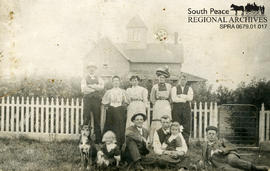 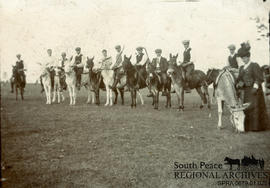 Alfred Hines ran a game farm in Ampthill Bedfordshire, England for Sir Anthony Wingfield at the beginning of the twentieth century at Sir Wingfield’s estate. This game farm was home to many exotic animals who were housed there for the enjoyment of the estate owners, their guests, and possibly for commercial display. It was likely at the game farm that Alfred met his wife, Octavia Beeata Hines, who worked for the neighbors as a maid.

Alfred and Octavia’s eldest children, Helen and Lucy, were raised on the game farm until the family immigrated to Canada. In 1910, when Helen was four years old, the Hines family departed Bartin, England by ship and arrived in Halifax, Nova Scotia. The Hines’ then traveled west to work on a farm belonging to E. A. Partridge in Saskatchewan. After approximately six years Alfred became discouraged farming and, given his prior experience working as a bobby in England, got a job as a policeman at the prison near Regina. Alfred was given housing on the prison site while his family stayed in Regina until there was a chance for them to move into one of the larger onsite cottages for senior staff. Alfred was head night keeper for two years, then filing instructor. The prison eventually decided to purchase land for the prisoners to farm, and Alfred worked as a farming instructor for the prisoners until approximately 1946.

Helen Hines moved to the Peace Region as an adult after marrying James ‘Seath’ Sutherland, son of George and Phoebe Sutherland. They were some of the first settlers to come to the Peace Region and persevered through many challenges while homesteading in the Peace, including raising twelve children (six daughters and six sons).

This album was created by Alfred Hines and passed on to his daughter, Helen Sutherland, after his death at the age of 90. Helen later passed the album onto her son, Ross Sutherland, who donated it to the archives along with his sister Anne Graydon (nee Sutherland) in March 2018.

This fonds contains one photo album created by the Hines family during their time living and working on a British game farm prior to their immigration to Canada.

FAIR TO GOOD. The album pages are detached but most of the photographs are in good condition. They are fading. Pages have been interleaved with tissue.

A finding aid is available at https://southpeacearchives.org/holdings-2/finding-aids/fonds-679-hines-sutherland-family-fonds/