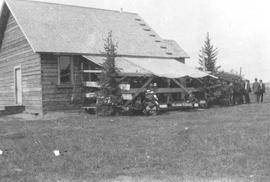 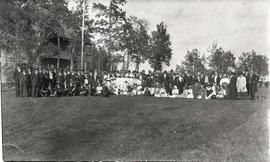 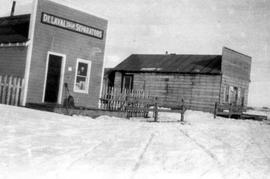 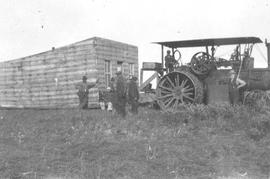 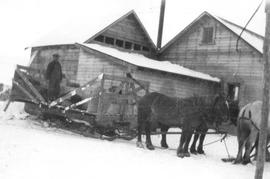 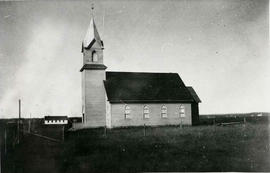 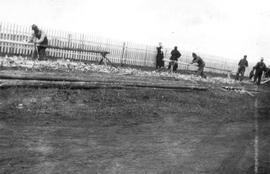 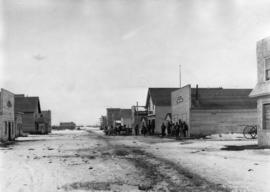 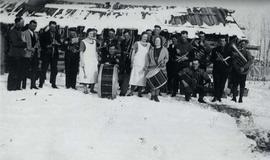 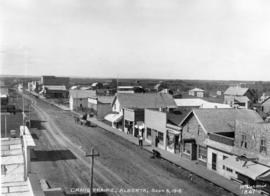 Lynn Holroyd obtained a degree in Pharmacy from the University of Alberta in 1955, Marian (Hudz) Holroyd achieved the same in 1956. In 1958, they set up Holroyd Drugs Ltd. in the Donald Hotel in Grande Prairie. Here they operated until 1966, when they built new premises at 9923-100 Avenue, next door to the Donald. Holroyd Drugs was run at this location by the Holroyds for 31 years, until the business was sold in 1989. At the 9923-100 Avenue location, Marian Holroyd began to create a window display of historical photographs each year for the County Parade and Fair days. Area residents offered family and personal photographs to add to the collection over the years, and Marian built up a sizable collection of photographs covering the early history of the south Peace Country. As well, she obtained photographs of notable events in the City of Grande Prairie from Paquin Photographs, which operated next door to them.

The collection was donated by Lynn and Marian Holroyd to Grande Prairie Regional Archives in 2000. An accrual including additional historical photographs, Paquin photographs, a 1962 County Fair Prize List booklet, and a booklet on "Place Names of Alberta", was also donated by Lynn Holroyd in 2008.

Restrictions of copyright on photographs obtained from the Glenbow Archives or from Paquin Photographs.

A finding aid is available at http://southpeacearchives.org/holroyd-drugs-photograph-collection/