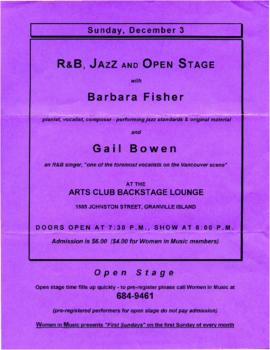 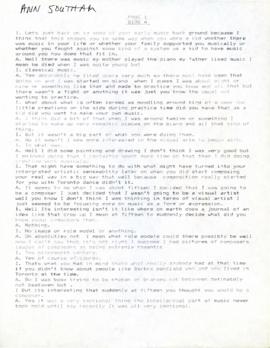 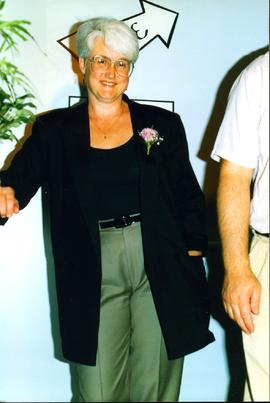 Ina Dennekamp was born in Winschoten, The Netherlands on March 2, 1950. Her family emigrated to Canada in 1954, settling in Leamington, Ontario. She studied piano under Irene Hugill in Windsor, Ontario and later under Boris Berlin and Jane Coop in Toronto and Vancouver. She performed as a soloist and accompanist on various occasions and taught piano and theory from 1965 to 1974. She worked for Press Gang Printers from 1974 to 1977 before becoming a Registered Piano Technician with the Piano Technician's Guild. She worked as a self-employed piano tuner from 1977 until her retirement in 2014. In 1983, she earned a Bachelor of Music (History and Literature) from the University of British Columbia. She has held numerous positions in professional associations, including Coordinator of the BC Chapter of the Association of Canadian Women Composers (1989-1990), founder and president of Women In Music (1991-?), and President of the Southwest BC Chapter of the Piano Technician's Guild (1993-2000).
•Ina Dennekamp's broadcasting career began in 1983 with the production of a 2-hour feature for CFRO-FM on Women Jazz Instrumentalists. From 1985 to 1991 she produced a weekly radio program for CFRO-FM entitled Women of Note, which focused on the life and works of women in music throughout the world and included live and recorded music, interviews, historical documentaries and news and information. In 1988, she received a Canada Council Explorations Grant for the production of a radio documentary to be titled The History of Canadian Women Composers

The Paul D. Fleck Library & Archives at The Banff Centre