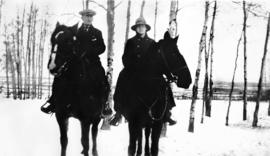 A Couple on Horseback

A man and woman (possibly neighbors of the Bucks) on horseback in winter. 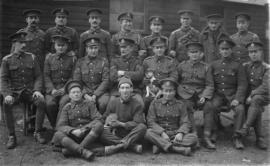 On back of photo, "26th February, 1915, Woodbridge (Suffolk, England). My dear Edith, Sorry I could not get away today owing to some of our fellows being sick. Cannot get away until next week, will wire. Love Charlie". Charles is believed to be the tall man 3rd from the right in the back row.

Posted by Arthur in Edmonton 11 January, 1916, to Trooper C.W. Buck, No 1352 Transport, 2nd King Edwards Horse BEF, France. "This was taken at Sarcee in Calgary." Arthur likely on the left. 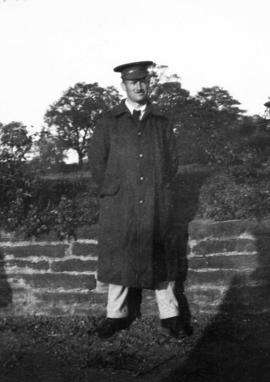 "We think Arthur was wounded more than once and spent time in hospital here." 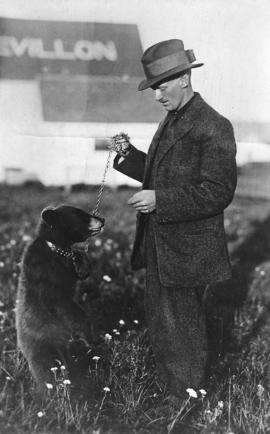 Arthur With a Bear 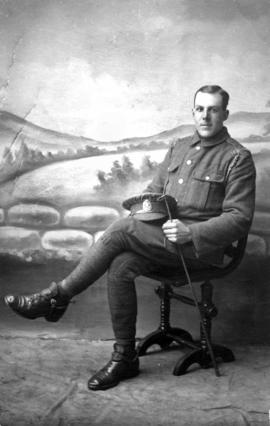 On back of photo, "March 1915, My Dear Edith, Just a line to thank you for your letter. I have been busy lately. We have had night Alarms and Route Marches. We expect to leave here on 7th April and we are stopped all leave. With love, Charlie." 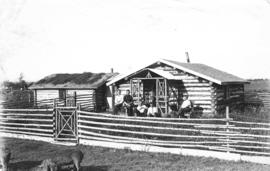 Homestead of Charles and Arthur Buck. Five men are seen visiting by the front entrance. 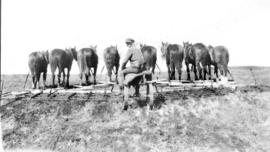 An eight-horse team pulls a set of harrows with a seat for the operator.

A four horse team pulls a plough with a man seated to operate the levers.