The fonds consists of diaries related primarily to his Indian Agent and Glenbow work activities (1920-1976); miscellaneous Indian Agent reports and correspondence (1920-1954); a small amount of Boy Scout correspondence from his time on the provincial executive (1932-1933); extensive correspondence and subject files related to his work for the Glenbow Foundation and Riveredge Foundation (1955-1976); drafts and bound versions of Northern Plains Tribes, consisting of photographs and brief biographies of Blackfoot (Siksika), Blood, Peigan and Sarcee (Tsuu T'ina) (1955); over 200 articles based on Gooderham's memories of historic events and people (1955-1976); autobiographies, including extensive sound recordings of his dictated memoirs (1972-1976); biographical index cards on Alberta pioneers, kept as part of his work for Glenbow and Riveredge (ca. 1955-1970); correspondence, minutes and circulars of the Canadian Mental Health Association (1956-1974); and extensive photographs of Blackfoot and pioneers, many of which were the inspiration for his articles (1886-1975). Includes a small amount of records of his father, John H. Gooderham, including Indian Agent diaries for the Peigan reserve (1903-1907) and Indian Agent farming reports for the Blackfoot (Siksika) reserve (1907-1919). 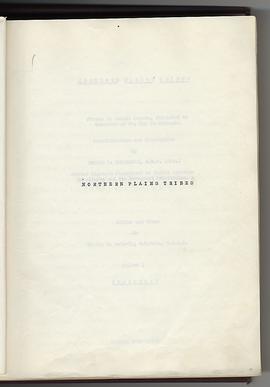 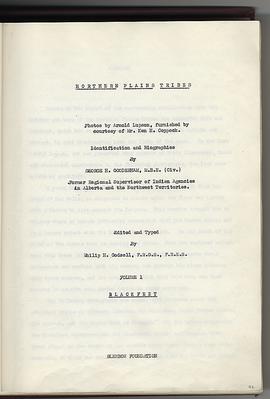 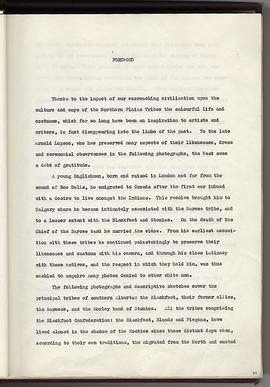 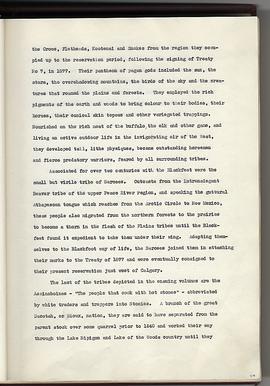 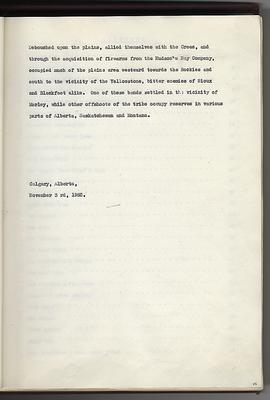 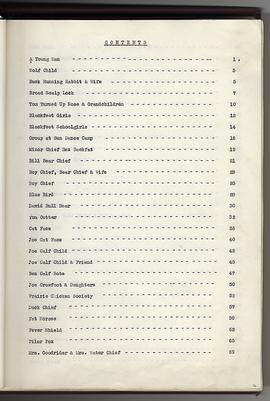