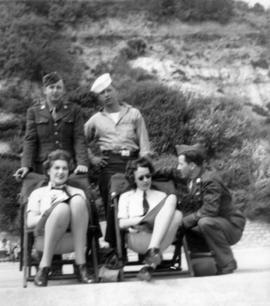 After the war, Martha Jenson stayed for an additional four months to help bring all the soldiers and POWs home from Europe. She is shown her with a fellow worker and three returning soldiers. 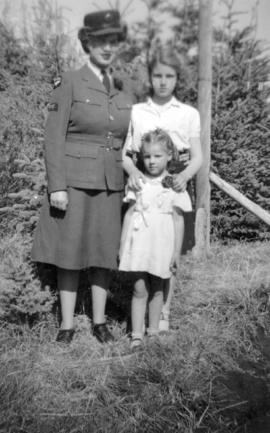 Martha Jensen with sisters Lois and Arlene as she was leaving home. 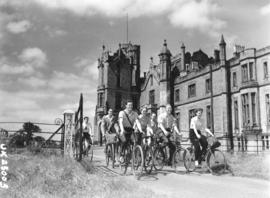 Demobilization staff at the entrance to Allerton Place, which became the headquarters for demobilization and bringing home the POWs. This was the home of Lord HaHa, who had collaborated with the Nazis.

The fonds consists of ten photographs relating to Martha Jensen's career in the Royal Canadian Air Force, Women's Division. They include two of her in uniform, six taken at Linton Air Base, and two of the work of demobilization. 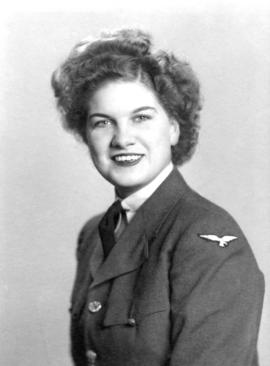 Martha Jensen enlisted in the Royal Canadian Air Force, Women's Division in WWII. She was a wireless operator overseas at Linton Air Force Base near York in northern England.

There was lots of work for women in the Air Force, as office staff, mechanics, wireless operators, as well as cooking, cleaning and nursing. This is the Motor Transport group. 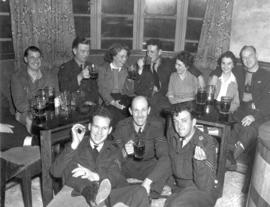 There was so much work to be done when the Women's Division first arrived at Linton Air Base that they worked 8 hours on, 8 hours off seven days a week. Breaks in the airman's pub were much appreciated. 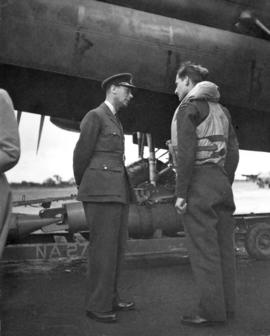 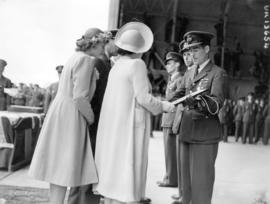 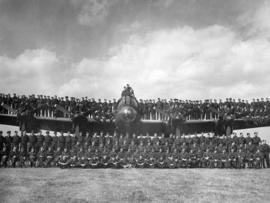 One of the two squadrons based at Linton Air Base just outside of York, England, gathered around a Lancaster Bomber.