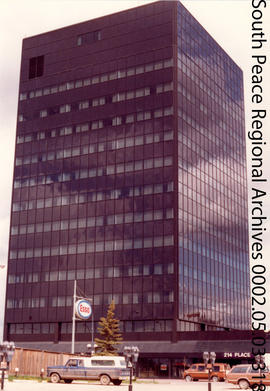 "And We Come After" 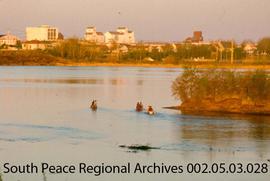 Bear Creek Reservoir, originally the water supply for the town of Grande Prairie, is now used for recreational activities such as canoeing. 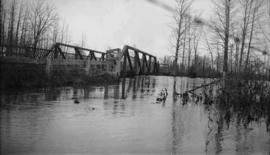 In 1935, there were floods all over the Peace Country, including the Beaverlodge River in between the town of Beaverlodge and Crescent Grove Farm. 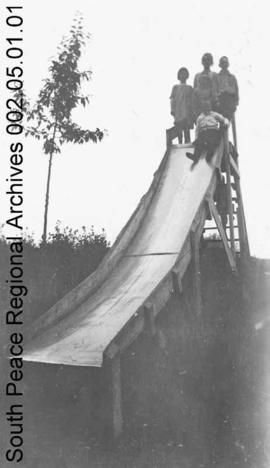 Children ranged at the top of the long metal slide at Benson's Point on the north side of Bear Lake. Benson's point was a popular group and family picnic area from the early 1920s to the late 1960s. 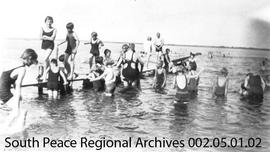 A large group of people in swimsuits are playing in the water and on a dock at Benson's Point, Bear Lake. 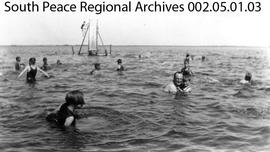 People are playing in the water at Benson's Point, Bear Lake. In the background a person is climbing up a large metal water slide. A duplicate copy of this image appears in a Herman Trelle family photograph album. Herman and Kay Trelle appear to be visible in the water on the middle right side of the photograph. 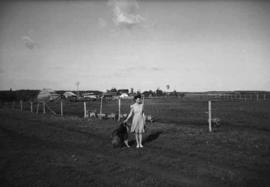 Beth Flint attended school at Lower Beaverlodge, completing high school in Beaverlodge. She is seen here with Crescent Grove Farm in the background. 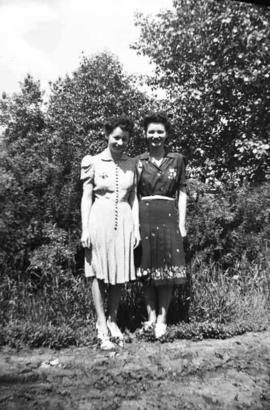 While Beth worked at the Marketing Association in Sexsmith, she lived with Sadie Kirkham in a small home behind the Sexsmith Hotel.