The fonds consists of family history compiled by Jim Martin, and letters sent to and from the Doty and Martin families. The neighbours with whom they corresonded are John and Michael Angelo, George and Mary Sauer, Tom Plumley, Mrs. E. O'Neal and Mrs. R. Whiteley. The photographs include subjects: fishing at Flat Creek, Doty homestead, and maps of the Doty homestead and nearby settlement.

Photographs from the 1940s - 1950s of the Town of Athabasca and a fishing plane at Calling Lake, AB

The fonds consists of Vol.2, No.1, March 1966: Alberta Folklore and Local History Collection; A Project Study of Athabasca and District for a Planned Heavy Water Plant, 1966; Grade 3-6 teaching guides for Our Place in the Province; and library book #176 which is a 1970 U of A MA thesis: The Process of Rural Settlement in the Athabasca Area, Alberta by Donald Norman George Stone. The CD was recorded in 1979 by the band "The Gemtones," which included Nadine Kiselyk, Art Thomson, Frank Bubel, Duane Workman, and Moe Breckenridge.

County of Athabasca No. 12 fonds

The fonds consists of materials created by the County of Athabasca #12 between 1953 and 2007. The fonds consists of annual reports (1981-1994),the 1982 General Municipal Plan, maps of the county, two publicity videocassettes, a souvenir brochure of the grand opening of the new County building Feb.27, 1987 and other materials.

County of Athabasca No. 12

The fonds consists of photos of the 1959-60 Athabasca baseball team, 1948-49 Harvest Queen candidates, and Bill Blacklock and Hugo Coli by Athabasca Funeral Home; a 1962 list of electors for Pelican Portage; 2 reels of 8mm film taken when Hugo delivered ballot boxes in the Pelican area in [1955]. There is also a certificate for 10 shares purchased in Athabasca Clay Products in November, 1967. 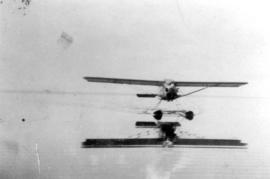 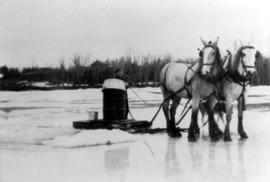 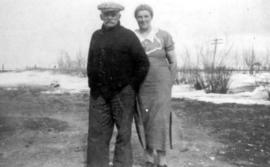 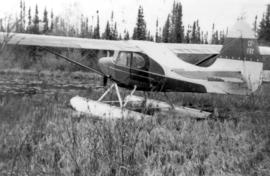