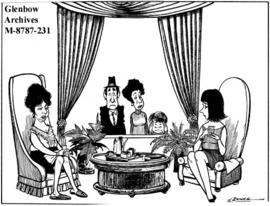 "We get a lot of that lately... prospective home buyers, day dreaming" 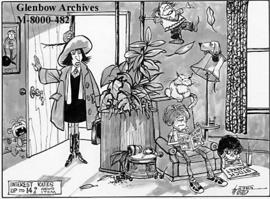 "Well we can't have a daddy and a new car... the bank is holding him for collateral." 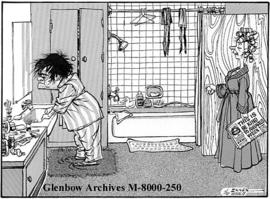 "What do you want for breakfast.... canine crunchies, doggie munch or puppy pops?" 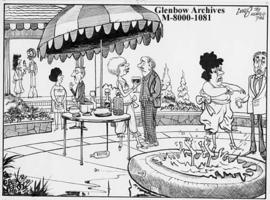 "What with the recession and all ... these poolside parties are not what they used to be." 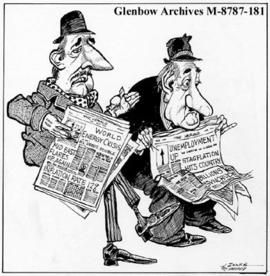 "You know what really bugs me ... 30 years from now they'll be calling this the good old days." 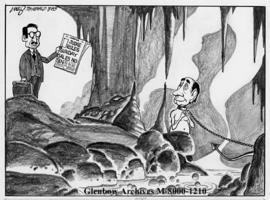 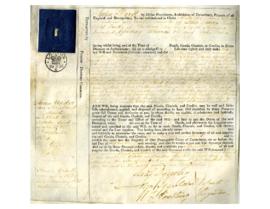 1820 John Davis Will with Codicil

Second folded copy of the 1820 Will of John Davis titled "Administration (with the Will and Codicil annexed) of the Goods left unadministered of John Davis, deceased. Dated 31st March 1856. Extracted by Slade Wadeson Crickitt & Appach, Proctors Doctors' Commons. Attached is a probate document from 1856.

The transcription of the probate document is as follows:

John Bird by divine providence Archbishop of Canterbury, Primate of all england, and metropolitan, to our well-beloved in Christ "Matilda Davis, Spinster, the natural and lawful daughter of John Davis late chief factor of Hudsons Bay in North America, Deceased.

Twice left unadministered as aforesaid. No residuary legaty being named in the said will. Given at London the 31st day of March in the year of our Lord, One thousand eight hundred and fifty-six and in the ninth year of our translation. (Signatures not clear--deputy registers)

Sworn under two thousand pounds and that the testator died on or about 3rd Sept 1824. R A Former grants Nov 1825 and Jan 1850 under same sum. Extracted by Slade Wadeson & Crickett & Appach, Proctors Doctors Commons. 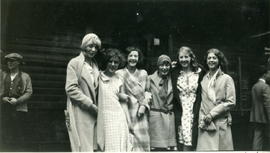 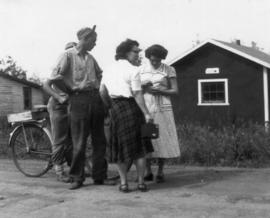 Roy Perrson, Claire Menard and Adeline Halvorson in front of the Post Office that was situated on Main Street next to the Jubilee Theatre (Jonique's) in 1951. 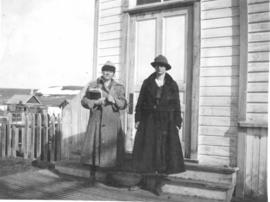 2 young women on front steps of a building, Okotoks, AB.