The fonds contains one 18 page scrapbook which includes postcards, newsclippings, a safe conduct pass, propaganda leaflets, and banknotes. Includes a "Crown News" newsletter from 21 January 1951; a "Letter Home" newsletter from October 1951; and a "Sanjom/Ni Nightly Revue" newsletter from 26 November 1951. Also included are 8 photographs of Korea and Korean peasants and a photograph of the U.S. naval ship Marine Adder. 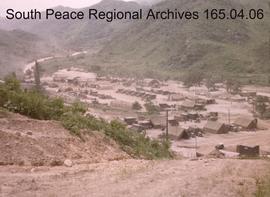 An army camp in Korea.

Life in the camp of a Peace-keeping mission in Korea showing camp buildings, tents, and equipment as seen from a neighbouring hillside. 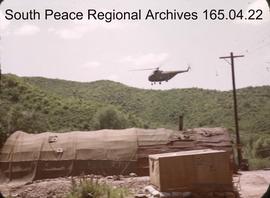 Life in the camp of a Peace-keeping mission in Korea showing camp buildings and a helicopter. 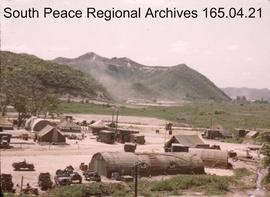 Life in the camp of a Peace-keeping mission in Korea showing camp buildings, tents, and equipment. 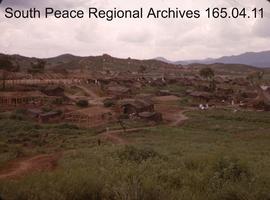 A camp in Korea showing tents and unfinished buildings. 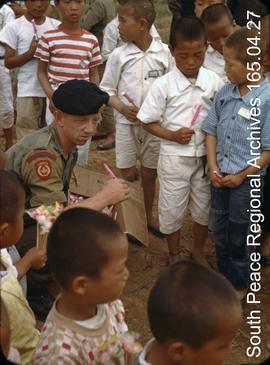 Life in the camp of a Peace-keeping mission in Korea showing a Canadian soldier giving candy to Korean children.

The fonds consists of a listing of personal history for Capt Robertson’s family; certificates showing his activities and training from a child of eight to his career in retirement; his Canadian Armed Forces Pay Books; souvenirs of the trip to Korea and the Ebisu Hotel in Tokyo. Photographs are of the Robertson family, Dave’s career in the military and his service at an Advance Dressing Station in Korea. The audio tape is a Dave Robertson recording regarding his family’s military history.