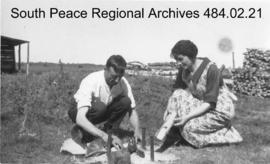 Couple building a fire outlined by railroad spikes (for kettle to sit on?) in the yard of a country home. The note on the back says, August 2, 1923. Photograph likely taken in St. Andrews, Manitoba. 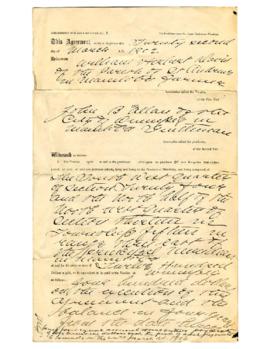 Legal agreement dated March 22, 1902 for the sale of land described as the NW 1/4 of Section 24 and the north half of the NW 1/4 of Section 13, Township 15, Range 3, East of the Principal Meridian. The vendor is William Herbert Davis of the Parish of St. Andrews and the purchaser is John Allan of the City of Winnipeg. 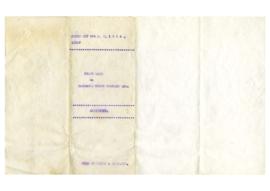 Lease Agreement between Teddy Liss of St. Andrews, Manitoba and the National Trust Company for the lease of River Lot 58 on the Red River in the Parish of St. Andrews from William Herbert Davis, dated May 9, 1916. 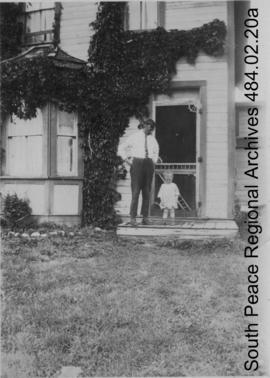 Two copies of a photograph showing toddler and father on the porch of a tall frame house, the same house as the early photographs in this collection but now with a vine covering portions of the front of the building. Note on the back says, "Donald and W.H. July 25th, 1922". Photograph may have been taken in St. Andrews, Manitoba.