The fonds consists of military papers, photographs and postcards from Mr. Basly’s time in the French military; leases and records concerning his farm; two photographs of him after the war; and papers detailing his relationship with Veteran’s Affairs. There is also a paper written by Paulette Hrychiw, based on the papers in his collection and supplemental research, detailing his movements with the French Army and her memories of Uncle Gaby, with whom they lived from 1939 to the 1960s. 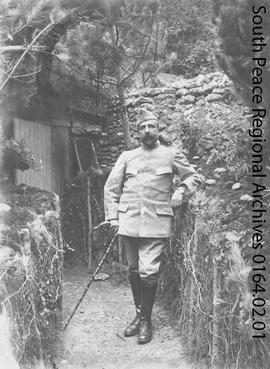 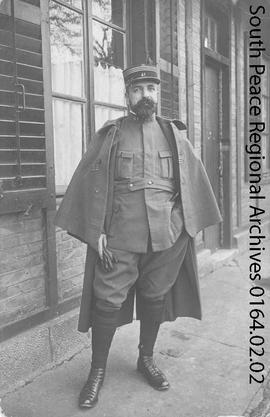 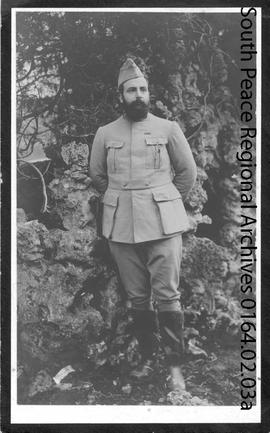 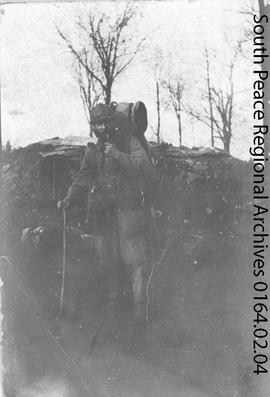 Gabriel Basly in the Trenches

Gabriel Basly, with the French Army, in the trenches of World War I. He has a full backpack and pipe and walking stick in hand. 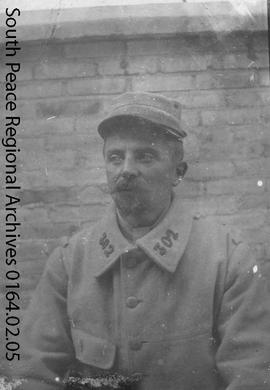 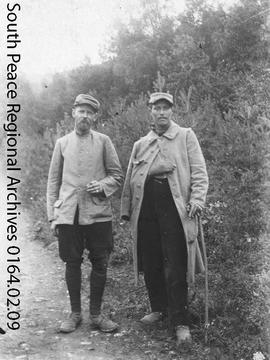 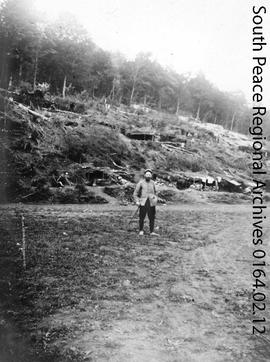 Where the Soldiers Live

Treed hillside--some have been cut and fallen to hide the caves or dug-outs which the soldiers live in. A French soldier, in World War I uniform, stands in the foreground. 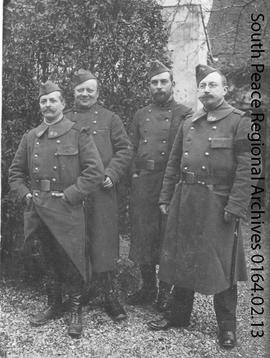 Four officers from the French Army in World War I. Third from left is Adrien Ponthier de Chamaillard. 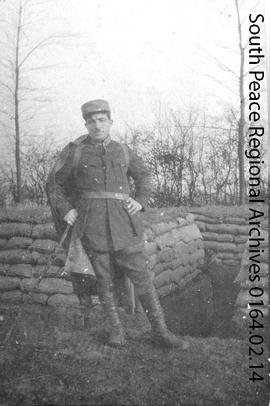 French soldier standing outside a sandbagged shelter in World War I.