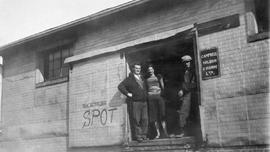 The Campbell, Wilson & Horne warehouse beside the railroad track, Grande Prairie. This company was the forerunner to Horne & Pitfield. Three people stand in the doorway. 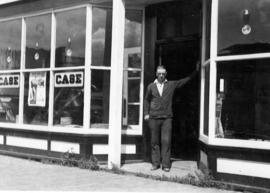 The first case dealership in Grande Prairie, on Richmond Avenue prior to 1948. 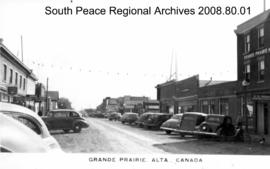 Postcard showing the main street of Grande Prairie in the late 1930s-1940s. 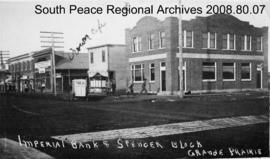 Imperial Bank, former building to the left of the newly constructed one, and Spencer Block, Grande Prairie main street intersection. A milk wagon and a note on the photo identifies the location of the "Crown Café". Note on the back, "With best wishes for a square meal from the Crown Café." 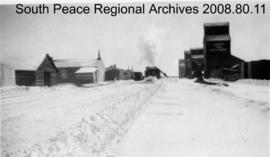 Snow-covered railway tracks show between a row of warehouses and elevators. The train with snow plow on front is seen coming towards you. 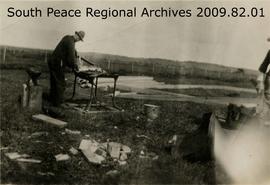 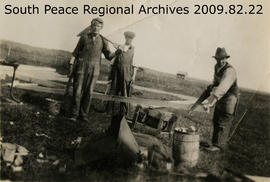 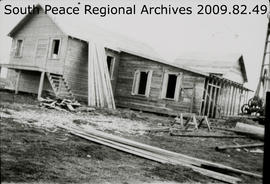 Building the Creamery in Valhalla.