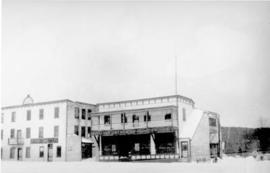 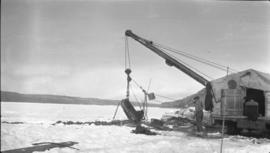 The Technical Advisory Committee (TAC) subseries contains thirty-two files concerning the management of high level nuclear wastes and heavily involved with the committee on the Nuclear Fuel Waste Management Program for the Atomic Energy of Canada Limited (AECL). The files are arranged chronologically by subject. Document types include meeting minutes, meeting agendas, reports, notes, talks, and correspondence. Specific topics focused on in the materials are nuclear fuel wastes, risk assessment, and hazardous wastes management. The materials are created between 1980 and 1994 with some follow up materials from 1996-2000.
The Technical Advisory Committee (TAC) was formed in 1979 as an advisory board for the Canadian Nuclear Fuel Waste Program. The committee consisted of independent scientists nominated by their professional societies. The role of the committee was to give advice on the extent and quality of technical research being conducted. It was to also provide counsel to the Atomic Energy of Canada Limited (AECL) on scientific research going on at Whiteshell in Pinawa Manitoba, for the Canadian Nuclear Fuel Waste Management Program. TAC was to ensure that the appropriate conclusions about high level nuclear wastes were drawn. It was a precautionary body to recommend areas for further study. The committee generated annual reports to publicly share comments and recommendations on research being performed. TAC typically met in Toronto, ON or Pinawa, MB to discuss and share reports. However they also took regular trips to research sites on the Canadian Shield.
Harris became a member of the committee in 1983 and remained on the committee until 1997. He focused on the assessment of risks, and the adverse effects of radioactivity on human health in high, intermediate and low doses. He studied the relationship between dose and the risk of being affected. Harris gave multiple presentations about risk assessments at TAC Meetings and presented low dose risk assessment lectures to the Chalk River and Whiteshell groups. He also regularly submitted progress reports to the Chemical Institute of Canada.

The Committees series covered Walter Harris’ years spent as a member of three significant committees. The series was divided into three subseries according to these committees: the Technical Advisory Committee, Alberta Environment Hazardous Waste Management Committee and President’s Advisory Committee on Campus Review. Materials date from 1973 to 2009 and were arranged by subject matter. Large topics are chronologically arranged with most media separated from textual materials. This series has a number of document types including correspondence, minutes of meetings, notes, index cards, reviews, articles, reports, research, letters, claims, expenses, photographs, brochures, thoughts and interviews by Harris. It further includes an array of slides, a 16mm film and a VHS videocassette . Harris mentioned that each committee involved “working with new people, travelling and tackling interesting problems”.