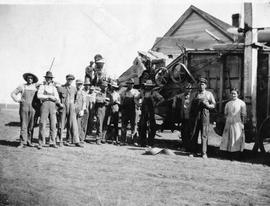 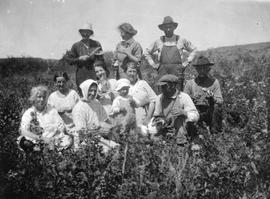 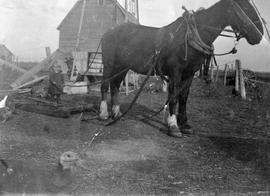 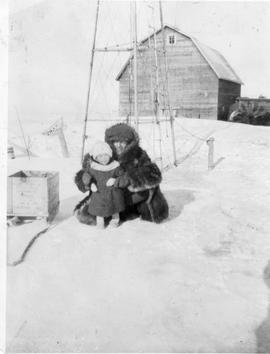 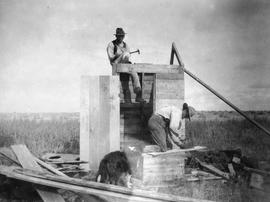 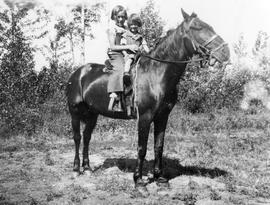 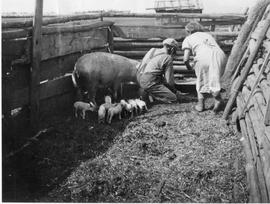 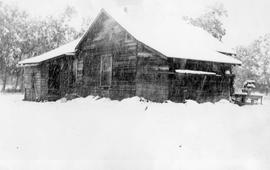 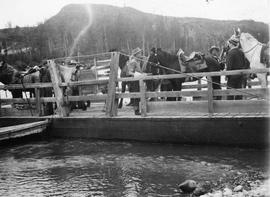 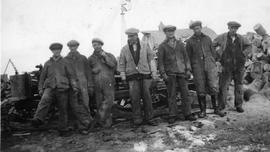 Irene Bradley was born in Rouleau, Saskatchewan in 1921, the daughter of Sarah Keyworth and Charles Bradley. Sarah Keyworth had immigrated from England in 1913, when she was about 25 years old. She eventually landed in Rouleau, Saskatchewan where she worked on a farm. Here she met and married Charles Bradley in 1918. Her first daughter, Irene, was born in 1921, and in 1927 they moved to the Wembley District in the Peace River Country. In 1929 a second daughter, Mable, was born. During the thirties, the family moved several times with Charles working for other farmers but always on the look-out for a farm of his own, which he finally found south of Wembley. Irene married Frank Stoll in June 1940. She had two children, Joan in 1942 and Gordon in 1944. Sarah passed away in 1970, at the age of 82, and Irene in 2005 at the age of 84.

The photographs were preserved by Irene's daughter Joan Stoll White, who donated copies of them to South Peace Regional Archives in 2007.

The fonds consists of the immigration card for Sarah Keyworth when she immigrated to Canada from England in 1913, and 14 photographs of Sarah Keyworth Bradley, her daughter Irene Bradley Stoll, and her grandaughter Joan Stoll White.

The photographs were preserved by Irene's daughter Joan Stoll White, who donated copies of them to South Peace Regional Archives in 2007.

A finding aid is available at http://southpeacearchives.org/irene-bradley-stoll-fonds/