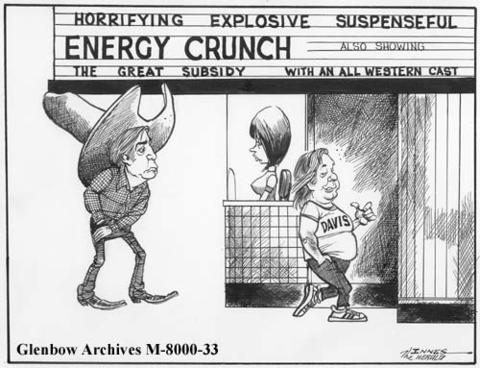 Tom Innes was the political cartoonist for the Calgary Herald newspaper. Issue: On May 19, 1976, the federal government announced it would allow a $1.75 hike in the price of barrel of domestic crude oil, slightly less than the $2 sought by Alberta and Saskatchewan. Earlier in the month, the Prime Minister and provincial premiers had met and failed to reach an agreement on the price increase. Ontario Premier Davis had suggested that Ottawa nationalise the Alberta oil industry. British Columbia Premier William Davis looks like he has a free pass.<br><br>