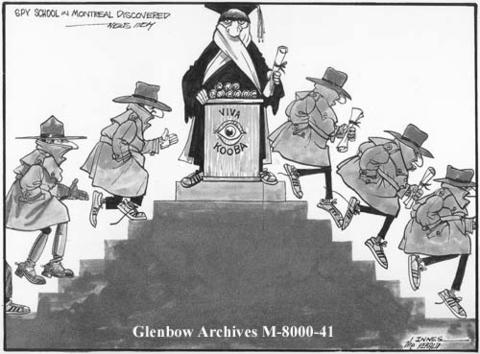 Tom Innes was the political cartoonist for the Calgary Herald newspaper. Cartoon annotated: Spy school in Montreal discovered. Issue: An American mercenary, John Butkin, a double agent working for Rhodesian intelligence and the Cuban secret service in Africa, told Rhodesian officials early in 1977 he had been trained in a spy school at the Cuban consulate in Montreal. After an RCMP investigation, 4 Cubans were asked to leave Canada in January, 1977.<br><br>