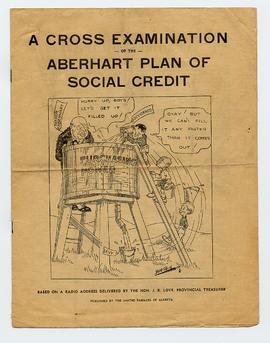 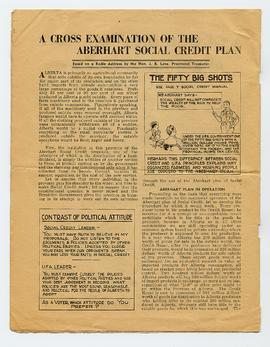 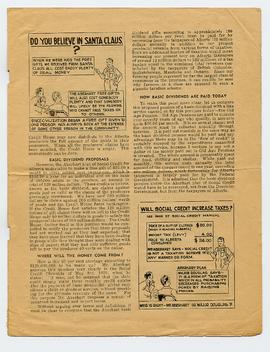 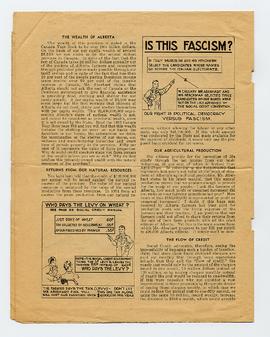 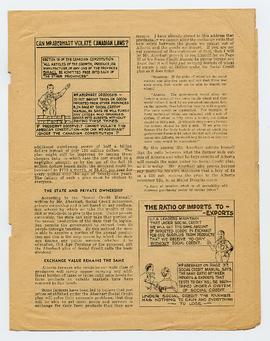 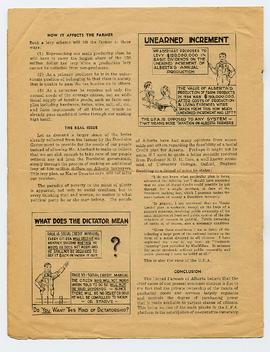 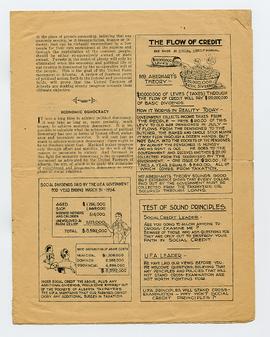 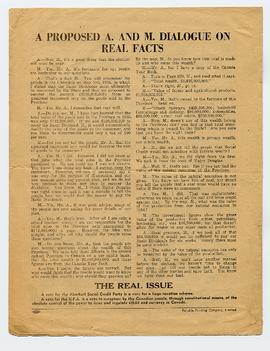 Consists of "A Cross Examination of the Aberhart Plan of Social Credit", a tract opposing William Aberhart and his Social Credit agenda, which was used by the UFA during the 1935 provincial election.