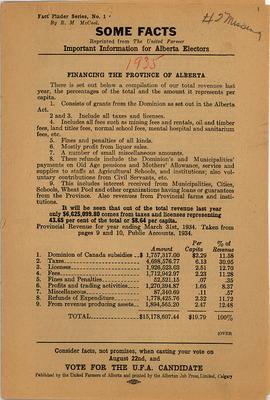 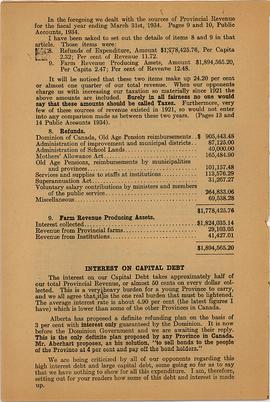 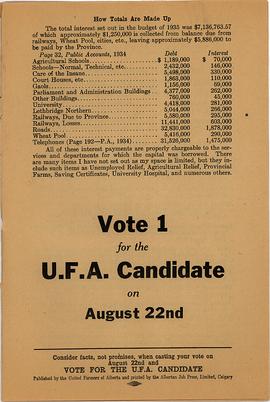 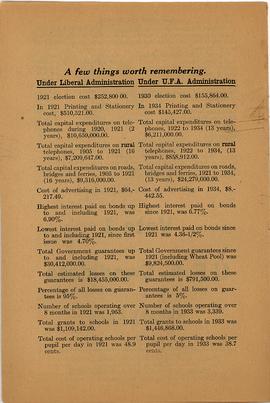 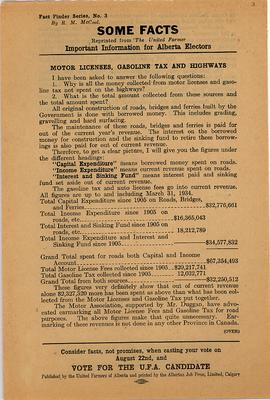 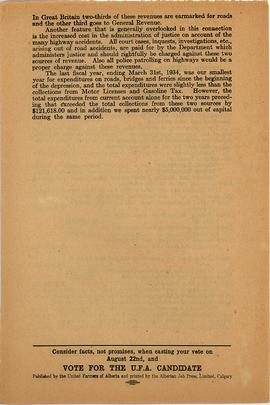 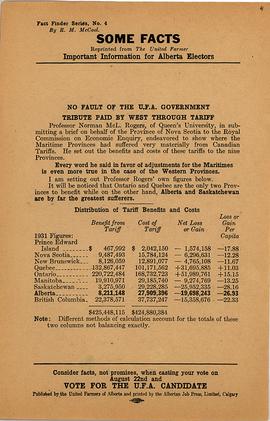 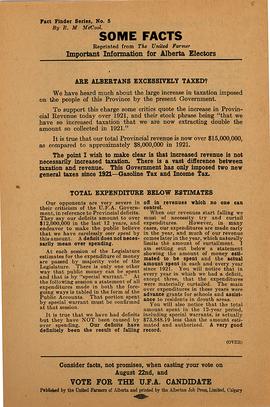 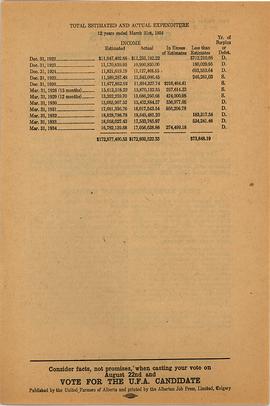 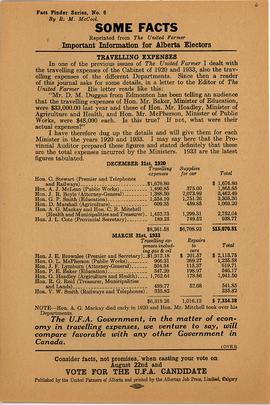 Consists of campaign literature created by the UFA for the 1935 provincial election, in which the UFA government was defeated by Social Credit. The material, which defends the past actions of the UFA government, and promotes its political platform, includes the "Fact Finder Series" written by R.M. McCool, and booklets entitled "Manifesto of the Alberta Government", "Has the Organized Farmers' Movement in Alberta Justified its Existence?", "The Alberta Government's Record", and "Provincial Program of the United Farmers of Alberta".