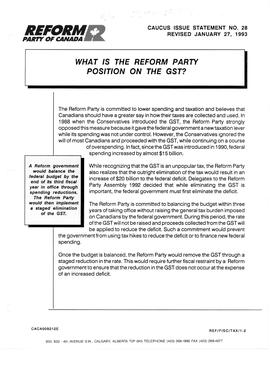 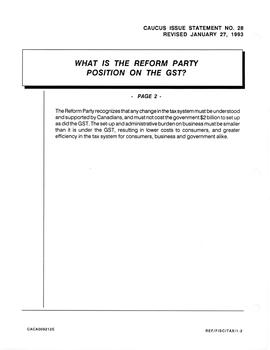 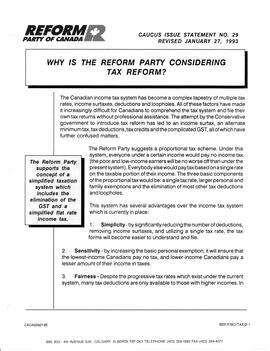 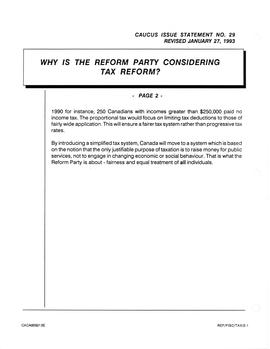 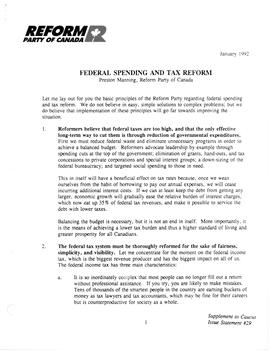 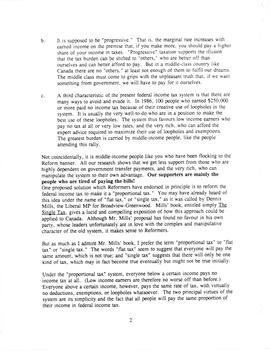 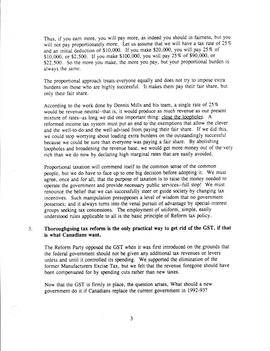 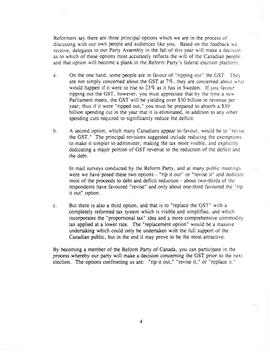 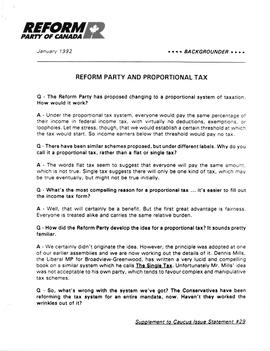 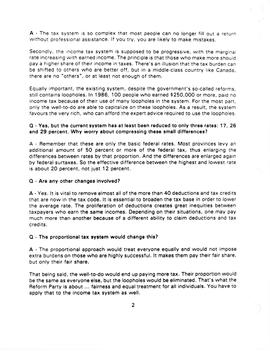 Consists of the Reform Party Green Book created in 1992 which contains "caucus issue statements" on various policy issues, "reference material" including speeches and correspondence by Preston Manning and Stephen Harper regarding Reform Party policy, and "background material" consisting of a proposed draft constitutional amendment to reform the Senate. A document indicating the status of the issue statements in 1994 is also included in the folder.