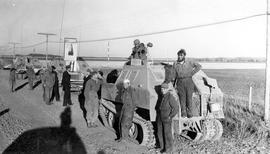 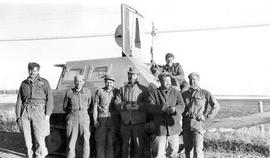 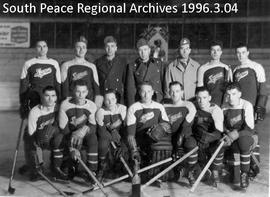 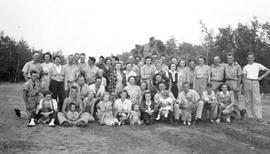 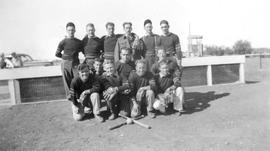 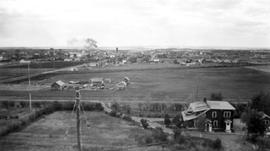 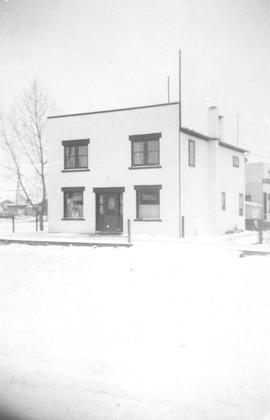 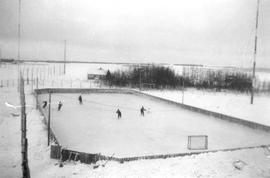 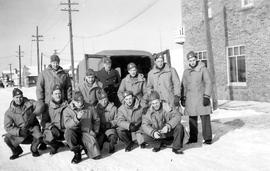 Jack & Dorothy Potts came to Grande Prairie c. 1942, as part of the Royal Canadian Corps of Signals. This corps ran a wireless station in the town during the Second World War, from about 1942-1947. The Station Site was on the corner of 93 St. and Richmond Avenue, then quite a ways out of the town, and Jack Potts was the Sgt. Major, Warrant Officer I. The population of Grande Prairie in 1942 was approximately 3000, so the Signal Corps, with their wives and their children, were a significant addition. Also, some of the men married girls from the area and a number of "Signal Corps" children were born in Grande Prairie, including the two oldest girls in the Potts family. The Potts' first home was an apartment above the beauty parlour, which was one of the few places with running water and plumbing. When the Royal Canadian Corps of Signals station in Grande Prairie closed in 1947, Jack & Dorothy Potts were transferred. The building was subsequently sold to the Salvation Army for $1.00, to be used as a home to care for aged Veterans.

The photographs were sent to Grande Prairie Museum by Jack & Dorothy Potts in 1995 and transferred to the care of Grande Prairie Regional Archives in 2000.

The photographs include snapshots of the corps at the railway station and with the all-terrrain vehicles used in the “Muskox” Expedition; group photos of the corps’ hockey and baseball teams, and one of them with their families on an outing at Lake Saskatoon; views of the town of Grande Prairie; and personal photographs of Mrs. Potts and their first home above the Beauty Parlour.

The photographs were sent to Grande Prairie Museum by Jack & Dorothy Potts in 1995 and transferred to the care of Grande Prairie Regional Archives in 2000.

A finding aid is available at http://southpeacearchives.org/jack-dorothy-potts-fonds/