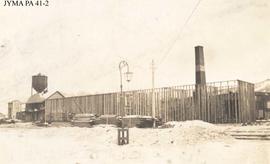 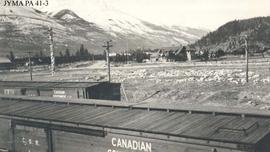 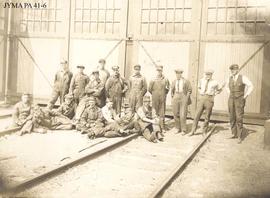 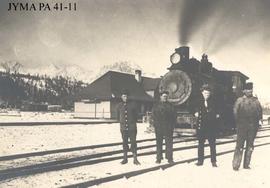 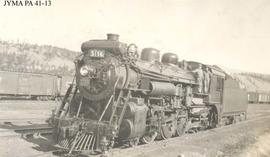 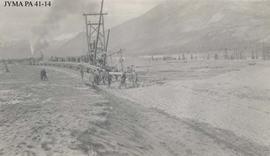 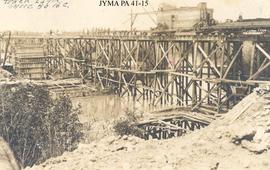 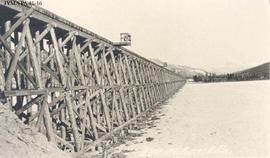 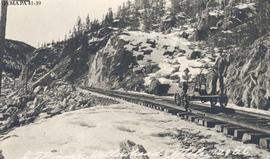 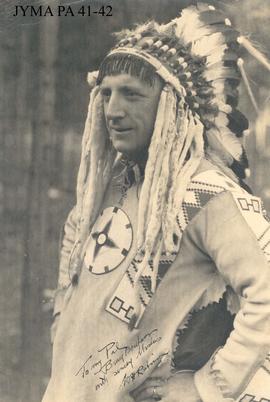 The Jasper Historical Society was formed in 1963 by a group of interested members that included Fred Brewster, Constance Peterson as the first historian and Mel Taylor as the first president. The Society was later named the Jasper Yellowhead Historical Society (JYHS). The Society was incorporated in 1977. Monthly meetings included guest speakers, films, field trips relating to local and national history. The objectives of the Society are to encourage the study of the history of Alberta in general and Jasper in particular; and to locate, preserve and mark the local points of historical interest. The first archives and Society office was established in the Municipal Library in 1974. Planning for a permanent Museum and Archives began in 1978; in 1985 a partially completed building on Pyramid Lake Road was purchased and renovated. The Archives moved into the lower floor in 1990; the Museum opened on the upper floor in 1992. The Jasper Yellowhead Museum and Archives reports to the Board of Directors of the Society.

In the early 1960s the Jasper Yellowhead Historical Society began collecting photographs on various subjects pertaining to Jasper's history. These photographs relating to the railways were gathered from various sources to form this collection.

The collection consists of photographs of the Grand Trunk Pacific Railway including views of the Jasper station, and the railyard, employees, railroad construction, the first train coast to coast and views of the Jasper townsite. The collection also consists of a series of photographs of the Grand Trunk Pacific Railways engineers camp, mile 156, BC (1910-1914). Shown are the buildings, a bear cub and some of the people there at the time, including; George A. Brown, Mrs. F. J. George, Flave George Jr., Mary George, Margaret George, Mr. F.W. Hindle and [Mrs. Roe]. Also included in this series are photographs of the GTP engineer's boat, "The Bald Faced Horse", on the Fraser River [191-] and railroad construction west of Jasper [ca 1911]. The collection also consists of photographs of railroad accidents (nd) and the last passenger train through Jasper (1981). Passenger train service was later restored.