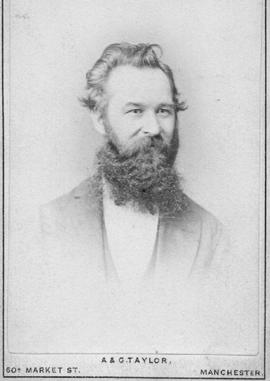 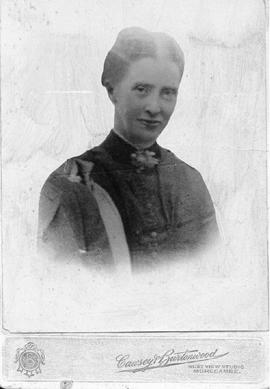 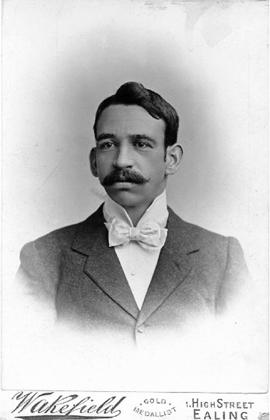 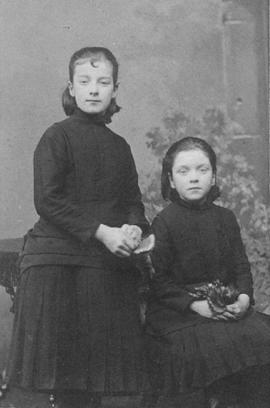 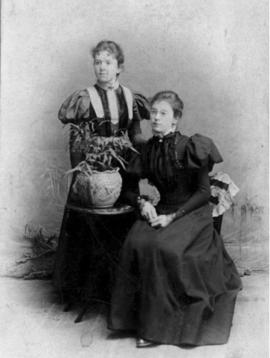 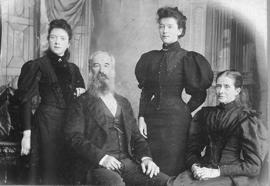 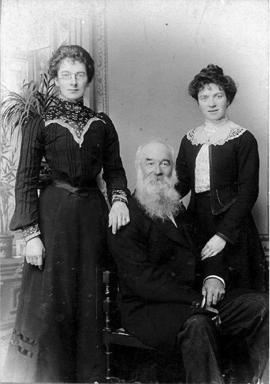 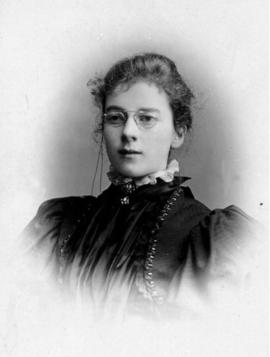 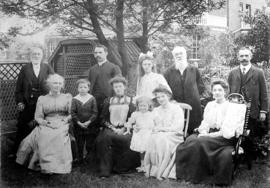 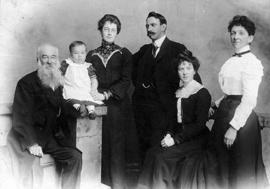 On August 7, 1902, Robert and Jessie Holmes and their eighteen month old son George left Liverpool, England to travel to the Peace River Country in Canada's Northwest Territories. They traveled on the SS Tunisian of the Allan line to Montreal, arriving about mid August, and then continued by train to Edmonton. At Edmonton, they purchased furniture for their home in the north, provisions enough to last six months and a shooting outift (guns). Then they traveled over the Athabasca Trail by rented wagon and driver and down the Athabasca and Slave Rivers and across Lesser Slave Lake by York Boat. They arrived at the English mission on the shores of Slave Lake on September 18, 1902, 42 days after leaving England. The Holmes lived in the old log mission house in the compound and Robert was in charge of the farm and gardens while Jessie assisted with activities at the school. Here their daughter Eunice was born and they learned the Cree language. In 1904 they moved to Christ Church Mission on the Shaftesbury Trail 18 miles from Peace River, where there were farms and a boarding school also. Their stay at Shaftesbury was marked by measles and whooping cough epidemics as well as many experiences with the native people. In 1907 the Holmes returned to England for a furlough and brought back with them Knott Haversoll, Jessie's father. Settlers were starting to file on land in the area and more church services were added to their responsibilities: Peace River Landing, Griffin Creek and Waterhole as well as Shaftesbury Trail. Three more children were born during years they remained at Shaftesbury after the furlough. In 1914 the family moved to Peace River Crossing and in 1915 they became the senior missionary at Lake Saskatoon. By then they had been joined by Jessie's sister May who came to help take care of Mr. Hothersal as he had suffered from a stroke. He passed away in the spring of 1916 and was followed three months later by Robert Holmes, who died of a massive heart attack in July of 1916. Jessie took out a homestead near Lake Saskatoon, and with the help of kind neighbours, family and church bursaries raised and educated her children.

The memoirs were preserved by the descendants of Robert & Jessie Holmes. Copies of the memoirs, letters and photographs were donated to Grande Prairie Regional Archives by their grandson Aubrey Harrold in 2004.

The fonds consists of a copy of Robert Holmes’ memoirs concerning the trip made from Liverpool to the mission on the shores of Lesser Slave Lake in 1902; a copy of Jessie Holmes’ memoirs of the same trip, of their work and experiences at Slave Lake, Shaftesbury Trail, and Lake Saskatoon; 8 letters written by Jessie, Robert, Lizzie and George, dated 1902 to 1912; and 38 photographs of the family and scenes at their homes and missions.

Copies of the memoirs, letters and photographs were donated to Grande Prairie Regional Archives by their grandson Aubrey Harrold in 2004.

A finding aid is available at http://southpeacearchives.org/robert-jessie-holmes/

Photographs are low resolution copies on a CD.