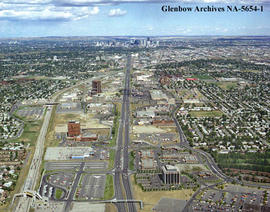 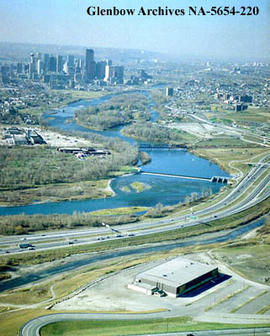 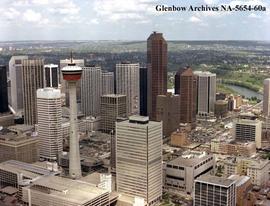 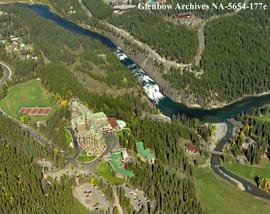 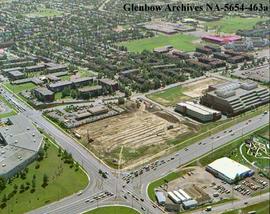 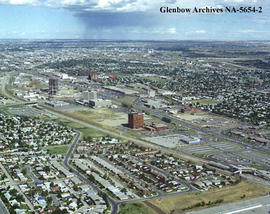 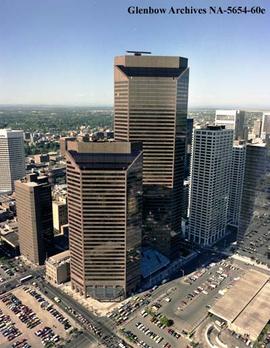 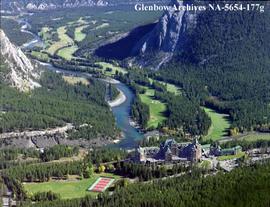 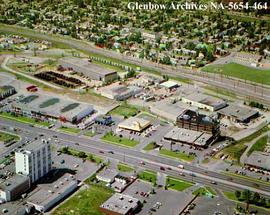 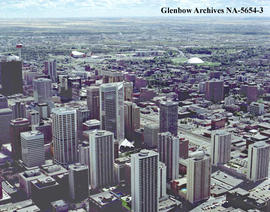 James Richard "Jim" Hall, 1937- , was born in Revelstoke, British Columbia. He and his family moved to Fernie, British Columbia in 1940; and to Millet, Alberta in 1953. During high school at age 16, Jim joined the Royal Canadian Air Cadets (RCAC) in Wetaskiwin, Alberta. The following year, he trained and received his private pilot's licence at the Edmonton Flying Club through the RCAC Flying Scholarship Plan. At age 19, Jim received his commercial pilot's license and worked as a bush pilot until he was 21. He then left flying as a full-time occupation to enter a career as an Air Traffic Controller. His first posting was at the Calgary International Airport in 1959. In 1983, Jim took up aerial photography as a hobby which he decided to pursue as a second career after retiring in 1985. He set up a business called Hallmark Photos with an office in Jet Air hangar #59 at the Calgary International Airport. He purchased a medium-format (Pentax 6x7) camera, and developed a camera grip with a cable release which allowed him to both fly the plane and shoot the photographs. Customers from manufacturing, oil, construction, government, and the City of Calgary used his aerial photographs to market and promote tourism, industry, real estate, the film industry and development in Alberta and Canada. A montage of his photos was used for an official Calgary 1988 Olympic Winter Games poster called the "Aerial Venue". Jim retired again to the interior of British Columbia where he is doing digital photography.