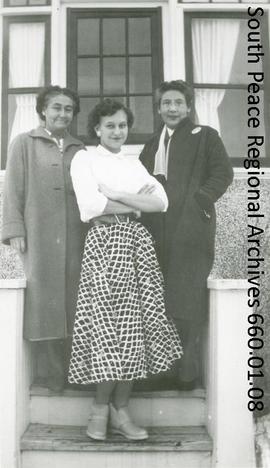 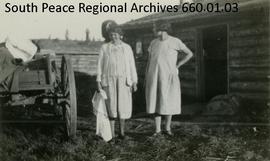 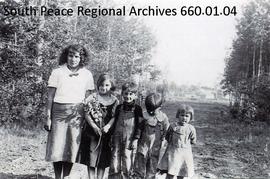 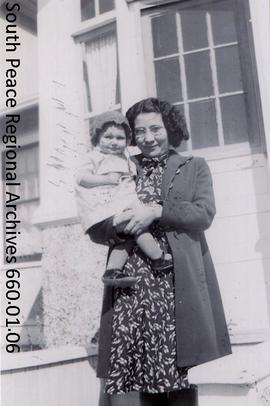 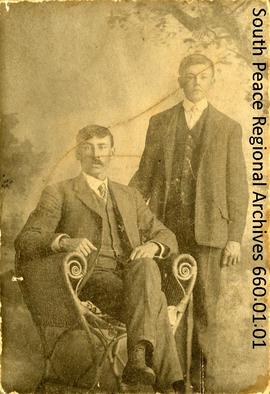 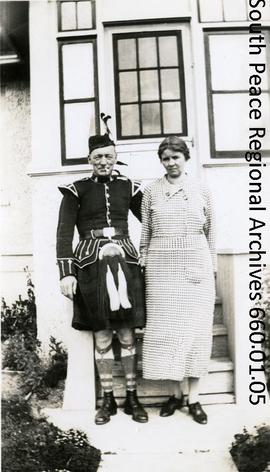 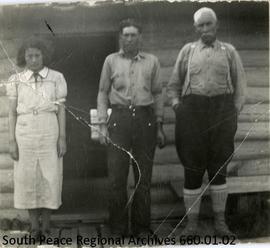 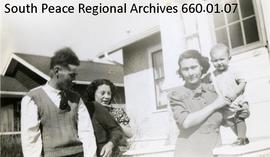 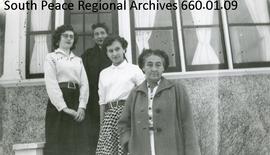 James Kirkness was born in the Birsay Parish if Orkney Island, Scotland in 1837. He was the sixth child and third son of Robert and Christiana (nee Sinclair) who were married in 1827 in Harray Parsh. He grew up in a farming and fishing community and was listed as a farmer in the 1861 Scottish census. He entered in the Hudson's Bay Company service in 1864 at the age of 27 years, taking the path of many Orkney men. After an eventful voyage on the Prince of Wales from Stromness, he landed at York Factory, Canada.

The Ojibway minister, Henry Bird Steinhauer was the first Steinhauer in his family. Born c. 1818 in Ontario near the present day Rama Indian Reserve, Sowengisik [Shauwanegezhick] was the oldest son of Bigwind and Mary Kachenooting. The young Sowengisik converted to Methodism during a mass baptism conducted by William Case and Peter Jones in 1828. It was at this time that he adopted the surname Steinhauer, the surname of the American who sponsored his education. He attended the Grape Island School from 1829 to 1832 and the Cazenovia Seminary in Casenovia, NY from 1832-1835. Following that, he taught for two years at the Credit River mission on Lake Ontario. He studied at the Upper Canada Academy in Cobourg, Ontario starting in 1836. Despite taking a year off to teach at the Alderville mission school in Northumberland County, Steinhauer graduated in 1839 at the head of his class.

Steinhauer started missionary work at Lac La Pluie before moving to Norway House. There he met his future wife, Jessie Joyful [Erasmus?](Seeseeb Mamanuwartum). Jessie was born in 1818 to a Swampy Cree family. Jessie was considered a strong woman with a sphere of influence separate from her husband’s. She and Steinhauer married on 5 August 1846 and went on to have eleven children together: William (who died in infancy); Abigail (married John McDougall); Eliza Ann; Samuel; Arthur; Sarah Jane (b. 1855, Norway House); Evangeline; Egerton (became a missionary); Robert (became a missionary); Morley; and Augustine.

Steinhauer travelled to England with Egerton Ryerson to raise awareness of missionary work in the West. He returned to begin work at Whitefish Lake in what would become Alberta. In his later years, Steinhauer became more involved in addressing issues related to First Nations people. He never changed his religious beliefs or discontinued his religious work as he asserted his First Nations identity. Steinhauer died 30 December 1884 from influenza. Jessie died in 1910 at the age of 92.

In 1890, James acquired the land titles for River Lot 26 (now part of Virginia Park) and also for two westerly chains of River Lot 24 (now part of Cromdale). James and Sarah moved the family to Fort Dunvegan where he, Sarah, and oldest son Henry, worked for the HBC as labourers and stockkeepers in the White Mountain area. During the three years they lived there, son Samuel and daughter Jessie were born (1891 and 1893 respectively). Sadly, they both died during this period – Samuel in 1892 and Jessie in 1893. Of all their children, only Henry, Edith and Charles would live to adulthood. James and Sarah returned to their Edmonton river lots with Edith and Charles in 1893. Henry stayed behind at Dunvegan and later homesteaded in the area.

James and Sarah together and separately after James’ death in 1911, sold portions of their property to the City of Edmonton. Developments at East End Park and Virginia Park, and the Premier Coal Mining Co. (1924-1936) were all part of their original holdings. Sarah died in 1929 and was remembered fondly as one of the “oldest of the old-timers.”

Mary Louise Testawich was born 20 April 1878 at Egg Lake. Her parents were listed as Francois Tastawitz (Metis) and Josephte Iskewais (Indian) on her on her Metis scrip application. She may have been related to the Testawich family from the Peace River area. The headman, Duncan Testawich who was one of the signatories to Treaty 8 in 1899, was likely a grandson of Francois Tustawitz, an Iroquois who had come to Peace River with George Simpson in 1828. Despite his Iroquois ancestry, Duncan Testawich was identified as Cree and leader of the Cree people in the Treaty 8 documents.

Henry Kirkness, oldest surviving son of James and Sarah Kirkness, continued in his father’s family tradition, working several years for the HBC at Dunvegan, trapping and working as an interpreter for the local Cree and Beaver people. He remained there in 1893 after his parents and younger siblings returned to Edmonton. On 1 Nov 1897 at Dunvegan, he married Mary Louise Testawich. They had nine children together while farming in the Spirit River area: Flora (1898-1913), Helen Marie (Mary Ellen) (1901-1937, married to Claude Watkins), Annie (1904-?, married to Zacceus Jackson), Sara Jane (1906-1991; married to Howard Pegg), Edmond Charles (1907-1909), Gordon Maxwell (1909-1976), Wilfred Richard (1911-1912), Robert Hector (1915-2001), Edith Elsie (1918-2007). All their children were registered as being of Cree ancestry on the 1916 Canada Census of Manitoba, Saskatchewan, and Alberta. Sadly, Louise died from the flu in 1918, along with her cousin, Joseph Testawich.

Henry later married Joseph Testawich’s widow, Genevieve (La Petre) and in 1926, they sold the farm and, along with Henry’s daughter Helen and her husband, established a stopping place at Moose Creek, SE 6-79-11. Moose Creek was renamed Gordondale in 1933 after Henry and Louise’s son Gordon. The homestead and stopping place provided a respite for travelers going to and from the Spirit River and points west. The Kirkness place was large enough to handle dances and town meetings, including a meeting held in 1940 to determine if Gordondale should have a cemetery. Henry died of cancer in 1941 and was buried in that cemetery.

Of his and Louise’s surviving children, Gordon remained in Gordondale until his death in 1976. Hector lived in a cabin near the highway in Gordondale. Annie married Zaccheus Jackson and lived in Ashmont, AB. Sara Jane (Jean) married Howard Pegg and moved to farm at Blueberry Mountain. Edith moved to Edmonton. All Henry’s children are now deceased.

Records donated to the archives by Louise Schultz of Canmore, AB, through Melanie Moore, Highlands Historical Society, Edmonton, AB on 28 June 2016. Louise Schultz is the daughter of Sarah Jane Pegg.

The fonds consists of Kirkness family photographs and personal papers depicting their life and their impact on the development of the Edmonton and Peace River areas. Several of the personal documents belonged to Edith Heron.

A finding aid is available at http://southpeacearchives.org/holdings-2/finding-aids/fonds-660-kirkness-steinhauer-testawich-family-fonds/