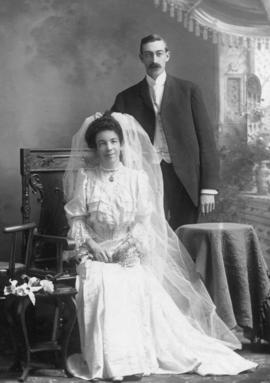 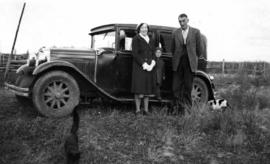 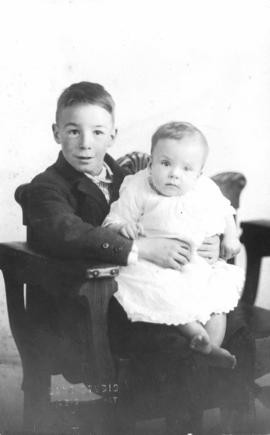 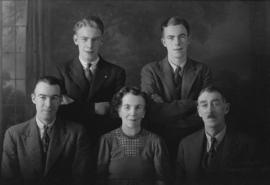 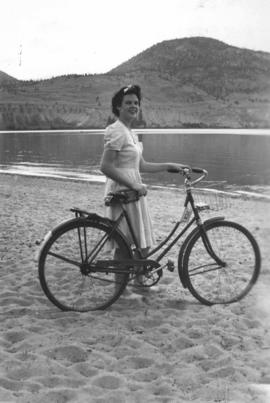 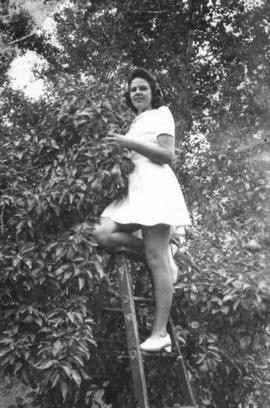 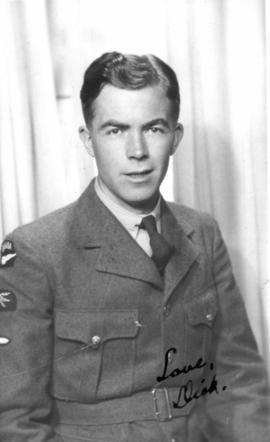 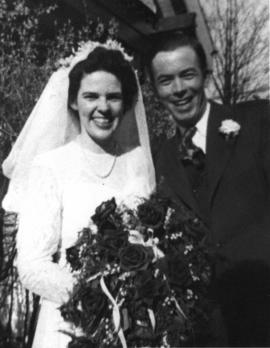 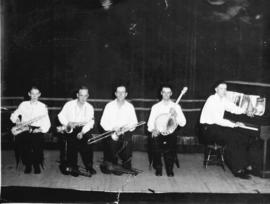 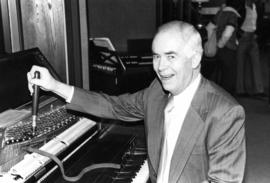 Frederick Greorge Lewis and Bertha Mary French had four children: John Frederick (b. 1908), Marion A. (b. 1910), Richard Lloyd French (b.1916), and Cecil James (b. 1919). Fred and his brother Jim owned Lewis Bros. Furniture first in Winnipeg, then in Gilbert Plains, Manitoba. Fred was very interested in music and learned to play violin, piano and mandolin. After a fire in 1912 claimed that store they moved to Medicine Hat where they operated a real estate office and then bought a farm. The farm combined a market garden and dairy herd. In 1915 both Jack and Marion contracted diptheria and Marion died. Fred could see that farming was more discouraging than profitable especially when springs used for irrigation were drying up so he sent for the Niles Bryant correspondence course in piano tuning and technology. In 1927, Fred met Professor Meyer, a piano tuner-technician from Prague and offered him a place to live in return for coaching him in piano fixing and tuning and giving music lessions. In 1928, Jack and Richard accompanyied their father on a tuning trip in Saskatchewan and the boys began learning the trade from their father. In 1930, Fred sold the farm and concentrated on piano tuning, and Jack went to Normal School in Calgary to become a teacher. In the spring of 1931, the entire family set out to investigate the Peace River Country in a 1927 touring car pulling a trailer with camping supplies. Jack helped his Dad with piano work and found a teaching job at Brownvale for the fall. The family filed on 3 quarter homestead quarters around Sturgeon Lake, and eventually rented a home in Grande Prairie. Dick started grade ten in Grande Prairie High School and Cecil attended Montrose Public School. Both boys played in orchestras and bands and Fred worked for Bill Pratt and Jimmy Oliver who had brought in a carload of old pianos that needed reconditioning before they could be sold. By the summer of 1935, Dick was playing in Jack Penson's dance orchestra and travelling with his dad on piano tuning trips around the country. A year later Dick was working for Campbell Furniture on main street where he used his knowledge of pianos to buy, fix and resell pianos. Jack had taught 2 years at Sturgeon Lake School, then at Demmit and Spirit River then Thorhill. In the summer of 1939, Dick and Cecil signed a contract to supply an eight-piece dance band with a female volcalist for the Alexandra Dance Pavilion in Sylvan Lake. That fall, Dick started what became a long career with Heintzman & Co. in Calgary. In 1941, both Jack and Dick joined the RCAF and Cecil later joined the army. Jack was disqualified because of a foot deformity and went to work in Pickering, Ont. for the war effort. In 1941 their house on the homestead burned and in 1942 Fred died so Jack moved with his mother to Oshawa where he worked for General Motors until 1945. In 1946 Dick married Ursula Walker. Both Jack and Cecil went to U.B.C. and in 1947, Jack married Eileen Deane, and went back to teaching in various locations in Alberta and BC. In 1949 their son James was born and in 1953, Barbara was born. In 1958, Dick and Ursula and their two children, Fred and Cathy moved to Lethbridge with the Heintzman Co. In 1971, they were in Edmonton, then Vancouver, then back to Calgary.Their son, Fred, is a piano technician in the Peace Country. Daughter Cathy married Jack Lewis (no relation) and lived in California until 1994 when she died of cancer. Jim, Jack's son, passed away and Barb is a voice teacher, living in Montreal. Jack became afflicted with A.L.S. and passed away in 1980. In 1996, Dick was presented with a lifetime achievement award by the Canadian Association of Piano Technicians for 60 years of outstanding service. He was still tuning pianos in his retirement. Dick died in 2000. His wife, Ursula, moved to Grande Prairie in 2004.

The fonds consists of records collected as well as created by Ursula and Richard Lewis.

A finding aid is available at http://southpeacearchives.org/lewis-family-fonds/