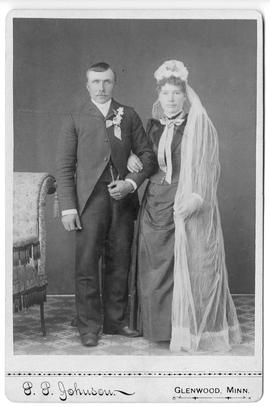 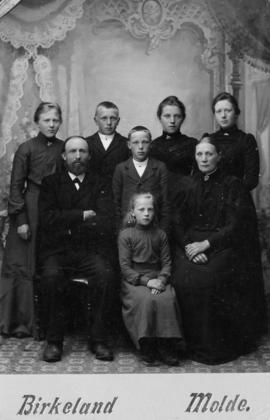 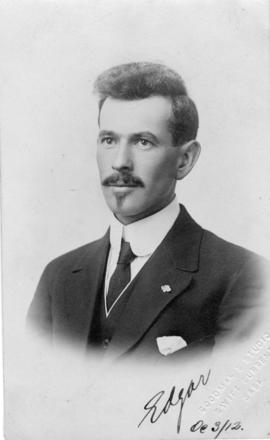 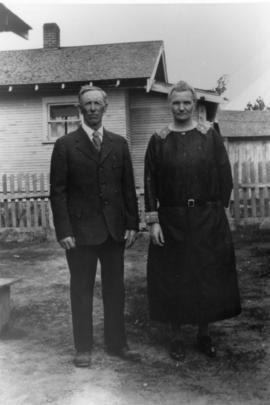 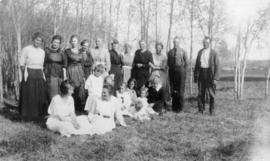 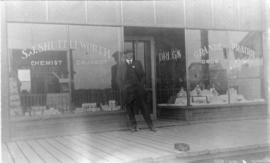 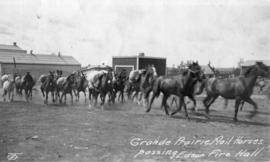 Anders Lunseth and his wife Mali (Hjelseth) emigrated from Molde, Norway, in the late 1890s and first settled in Pope County, Minnesota, USA. Around 1898 they moved to Upham, North Dakota. They then moved to South Fork, Saskatchewan and in 1913, they travelled the Edson Trail to reach the Peace River country They stayed with the Ronnings for a time while their house was being built. They had persuaded the Hagens to come north too and when they did, the two families (25 people) lived in the Lunseth house until Hagens got theirs built. Lunseths were the first family in the Molde district so they were responsible for the mail at first. In 1923, the Lunseths moved to Bend, Oregon, but returned to the Peace country in 1926. Mr. And Mrs. Lunseth were active community members, helping with the building of the Molde School and the Valhalla Lutheran Church. Mrs. Lunseth was active in the Ladies Aid and the Women's Institute. They had 12 children: Oluf, Anna (died 1911), Carl, Alfred (died 1925), Elmer, Ole, Ragna, Marie who married Harry Hoosier, Inga, Louise, Morris (died 1972) and Helen who married Emanuel Dolemo. Anders died in 1929 and Mali in 1934.

The photographs were preserved by Helen Dolemo and passed on to her daughter, Ruth Tanchuk (Hoosier) (Oakford) and were donated to the South Peace Regional Archives by Ruth's son, Kim Oakford in 2006.

The fonds consists of 25 photographs of members of Hjelseth and Lunseth family members taken in Norway; 13 portraits of members of the Lunseth family when they lived in Minnesota; 7 portraits from when they lived in North Dakota; 12 photograph/post cards related to the time they lived in South Fork, Saskatchewan; and 8 photograph/post cards from Valhalla. There is also a series of post cards, greeting cards, booklets from the First Luthern Church in Bend, Oregon and from Molde School listing all the students in 1919.

The photographs were preserved by Helen Dolemo and passed on to her daughter, Ruth Tanchuk (Hoosier) (Oakford) and were donated to the South Peace Regional Archives by Ruth's son, Kim Oakford in 2006.

A finding aid is available at http://southpeacearchives.org/lunseth-family-fonds/