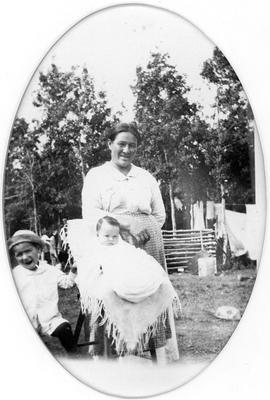 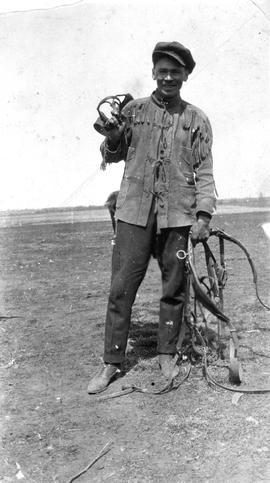 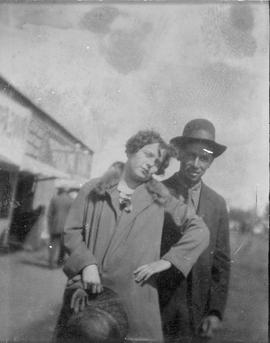 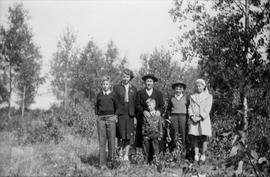 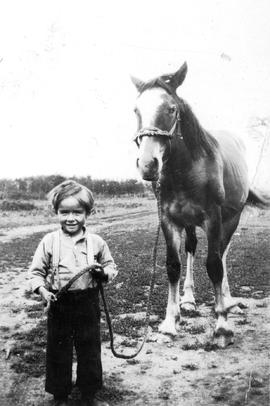 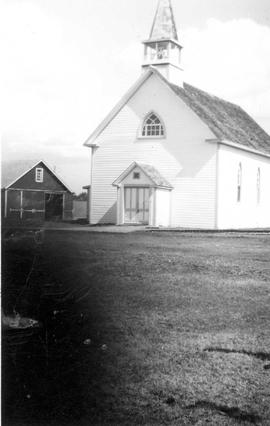 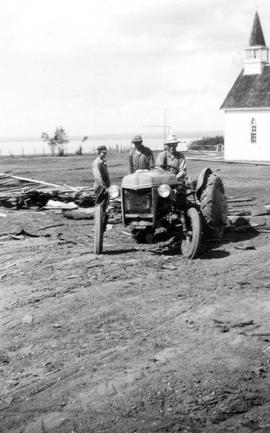 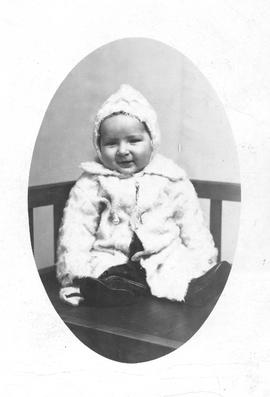 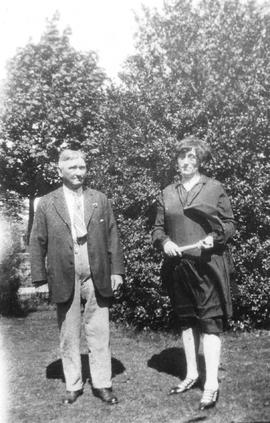 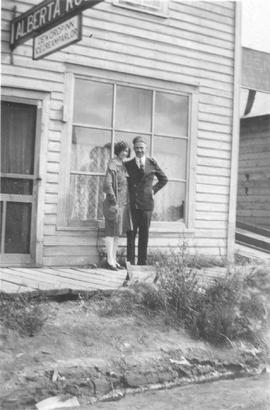 <p>Mary Belcourt Davis was born Mary Jane Belcourt in Slave Lake ca. 1900, the daughter of Betsy Callihoo and the grand-daughter of Louis Callihoo and Annie Donald. She appears on the 1901 Census as living in the Grand Prairie area along with the Iroquois Metis families around Flying Shot Lake. Her age at that time is noted as "9", but is probably 9 months, as on the 1911 census her age is listed as 11 years. The same census shows her father as Pierre Belcourt and two siblings--Norman, aged 9, and Selina, aged 5. <p>Mary's grandfather, Louis Calihoo, was an Iroquois-Cree Metis born in Edmonton ca. 1854. His father, Louis L'Iroquois (Callihoo), was an expert canoe man, guide and hunter who came west with his brother Bernard to work for the Hudson Bay Company or the North-West Trading Company. The young Louis married Annie Donald, from Winnipeg, and their children were born in Edmonton, Stony Plain, Slave Lake and Lac Ste. Anne. Mary's mother, Betsy (Betsi) Callihoo was born in Lac Ste. Anne ca. 1878. One of her sisters was Philomene Callihoo, who later married St. Pierre Ferguson. In the late 1800s the family moved to the Flying Shot Lake area. Betsy also lived at Sturgeon Lake. <p>aMary Belcourt spent her childhood at Flying Shot Lake and her teen years in the newly-formed town of Grande Prairie. She worked at the Donald Hotel and enjoyed going to dances throughout the south Peace with friends such as Liz LeClerc and cousins Henry and Malcolm Ferguson. In 1930 she married Thomas Davis, and the couple had four children: Vera Kathleen, Harry Thomas (Ira), Evelyn Bertha and Norman Robert. When Mary was pregnant with Norman in the late 1930s, the couple moved to Edmonton where the two girls were placed in the O'Connell Institute and Ira was left in St. Mary's Boys Home. In 1939, Tom enlisted in the war and was gone six years. His family, together again, lived on the army pay in Edmonton near the downtown core. <p>Mary would often tell her children that it was better that no-one knew they had "indian" blood. When she would talk to friends in Cree, she would tell her grandchildren she was speaking French. Mary spent her last years living with her daughters and died in 1972.</p>

A finding aid is available at http://southpeacearchives.org/mary-belcourt-davis-fonds/