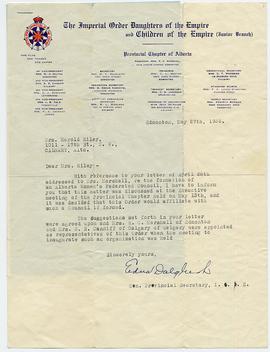 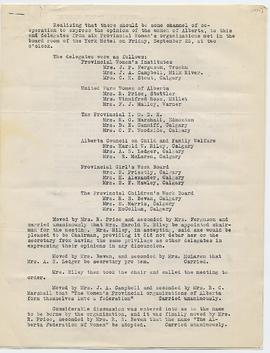 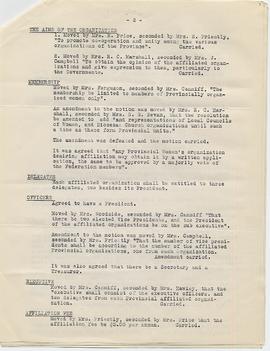 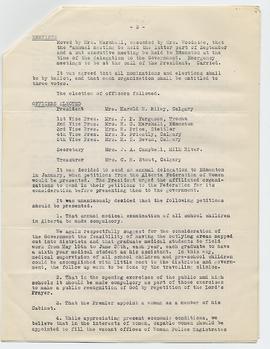 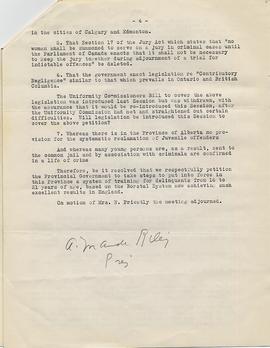 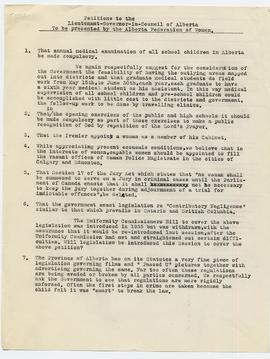 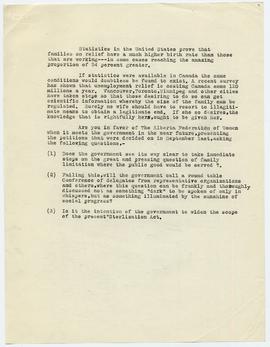 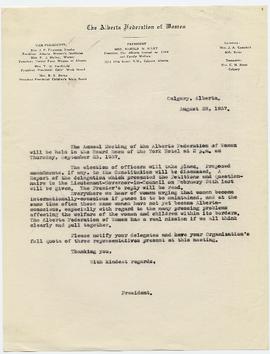 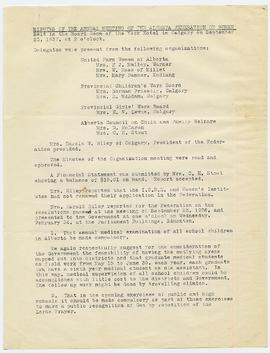 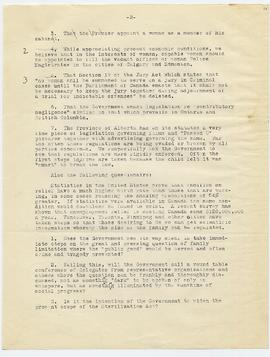 Maude Keen, [ca. 1882]-1962, was born in Perth County, Ontario. She was educated as a teacher at the Ontario Normal School, and came to Alberta in 1904 to teach at Nose Creek School. In 1907 she married Harold Riley of Calgary, Alberta, and they had three children, Harriet Maude (Sproule), Harold William Jr., and George Albert. A reformer and women's rights activist, Maude convinced the Calgary police force to hire women matrons in 1913. She received an award from the Belgian government for her work with the Belgian Relief Fund during the First World War. In 1918 she helped found the Calgary Child Welfare Society, which became the Alberta Council on Child and Family Welfare in 1923. She served as president of the Council from 1923 until 1962. She was the law convener for the Calgary Local Council of Women for many years, and also served on the Provincial Executive of the National Council of Women, working closely with Henrietta Muir Edwards. She sat on the executive of many other organizations, including the Alberta Federation of Women, Calgary Playground Association, Canadian Council on Child Welfare, and Foothills Provincial General Hospital Board. She was instrumental in the creation of family courts in Alberta. For further information see Elise Corbet's article, "Always a Do-Gooder, Never a Suffragette", in Citymakers : Calgarians after the Frontier / Max Foran and Sheilagh S. Jameson, eds. - Calgary : Historical Society of Alberta, Chinook Country Chapter, 1987; and Nancy Millar's article, "Maude Riley : Never a Trailer", in Alberta History, vol. 54, no. 3 (Summer 2006). Her husband, Harold William Riley, 1877-1946, was born in St. Lambert, Quebec and moved with his family to Calgary in 1888. The Rileys settled in what became the West Hillhurst district. Harold was educated at Central High School, and in 1905 became deputy provincial secretary of the new Province of Alberta. Three years later he moved to the University of Alberta as registrar. He returned to Calgary in 1910 and established a financial firm under the name Riley's Limited. He enlisted with the 137th Battalion in the First World War. After the war he helped found the Southern Alberta Pioneers' and Old Timers' Association, and he served as secretary from 1921 to 1943. He gave many lectures to schools and other organizations about pioneer life in the Calgary area. From 1926 to 1932 he was secretary-treasurer of the Calgary Stock Exchange.

The fonds consists of Maude's personal papers, records as president of the Alberta Council on Child and Family Welfare, and records of the many organizations in which she was involved. The fonds also consists of Harold's personal papers, records as secretary of the Southern Alberta Pioneers' and Old Timers' Association, and his speeches, radio broadcasts, writings and photographs related to the history of southern Alberta.