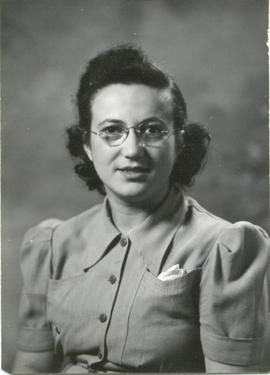 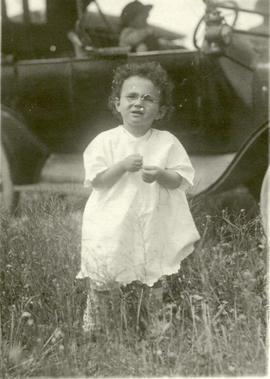 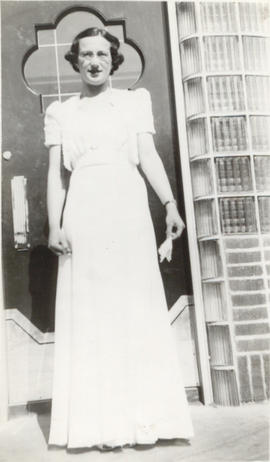 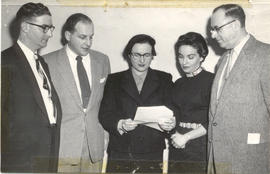 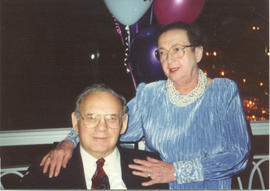 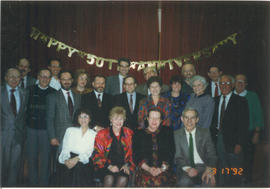 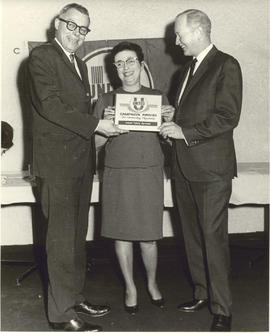 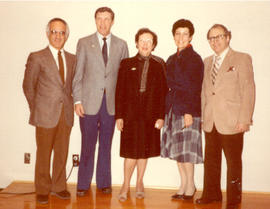 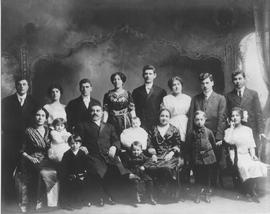 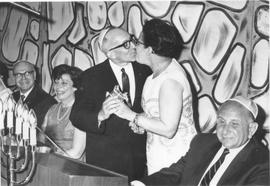 Clara and David Mintz lived in Edmonton, Alberta and had two sons, Jack and Bruce. Clara Mintz was born on April 16, 1917 to Abraham Abramovitch and Betty Ghitterman in Bethune, Saskatchewan. Abraham operated a general store and owned a farm outside of Bethune. She graduated from the Universities of Saskatchewan and Toronto with degrees in social work, and was a director of Edmonton Jewish Family Services in Edmonton, Alberta from 1957-1982. She was a founding member of the Alberta Association of Social Workers and the Edmonton Jewish Drop-In Centre, and a member of the Canadian Welfare Council, John Howard Society of Alberta, Camp B'nai B'rith (Pine Lake) and the Edmonton Talmud Torah School. She died on July 2, 2004, predeceased by her husband David, who died in 2001. David Mintz was a dentist in Edmonton, Alberta. He served as president of the Edmonton B'nai B'rith Lodge and on its executive for many years. Jack M. Mintz was born on March 6, 1951. He married Eleanor Schwartz and together they had two children, Avi and Gaela. Mintz received a Bachelor of Arts degree in economics from the University of Alberta in Edmonton, Alberta in 1973, a Master of Arts in economics from Queen's University in Kingston, Ontario in 1974, and a Doctorate of Philosophy from the University of Essex, in Colchester, England in 1980. Jack Mintz served as the Grand Aleph Gadol of Aleph Zadik Aleph (BBYO), the only boy from Edmonton to ever hold that position. Bruce Mintz was a lawyer in Edmonton, Alberta. He and his wife Susan, a teacher at Menorah Academy, had three daughters: Alicia, who married Matthew Singer in 2005, Rachel and Lezlie.

Collection consists of records pertaining to the Mintz family dating from 1920-2006 and includes condolence cards, an obituary for Clara Mintz, newspaper articles, materials relating to Clara's career as a social worker, and her activities in the Jewish community, as well as a biography written by ehr son, Bruce, and a curriculum vitae for Jack M. Mintz.

The material was collected by JAHSENA, and donated by Bruce Mintz in 2006.

There are no restrictions on access. Subject to The Copyright Act.

An oral history by Clara Mintz can be found in the JAHSENA Oral History Project fonds.

Information for the biographical sketch was taken from the records.<br><br>Record No. MIN.00.1;MIN.06.1<br><br>