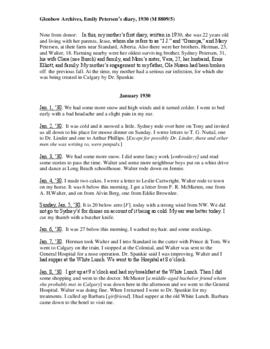 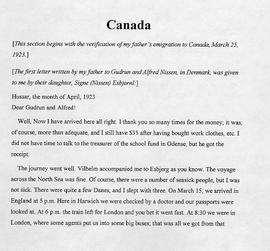 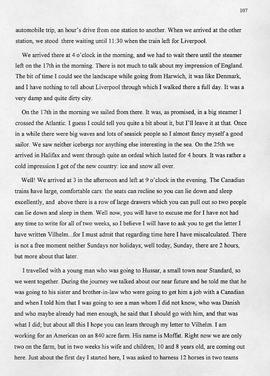 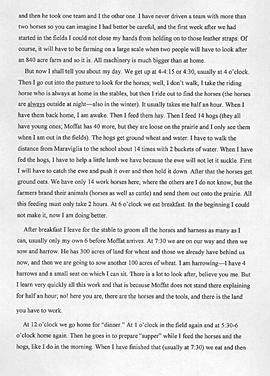 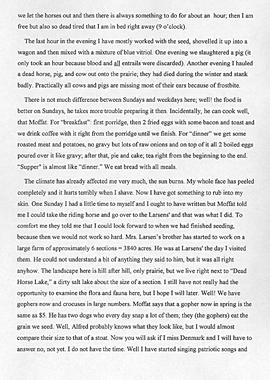 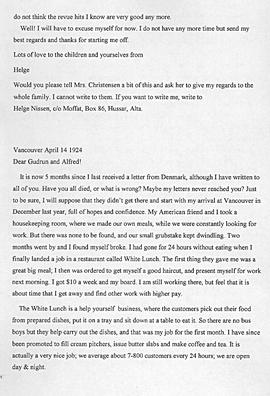 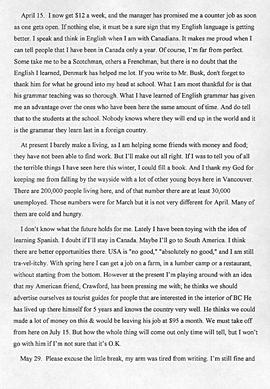 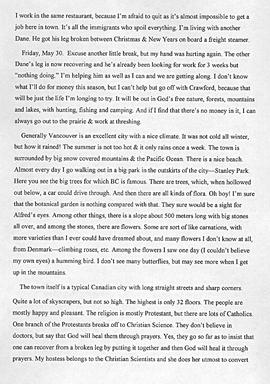 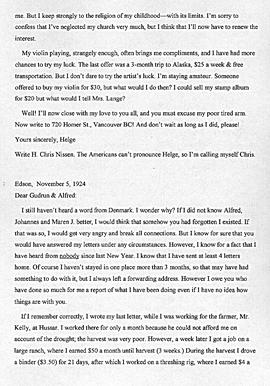 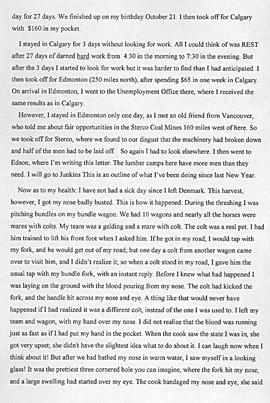 Helge Christian Konig "Ole" Nissen, 1903-1979, was born in Paarup, Denmark. He came to Canada in 1923 and settled on a farm near Hussar, Alberta. In 1939 he began work with the Alberta Wheat Pool and lived at various locations throughout Alberta. He married Emily Petersen, 1908-1956, and they had two children, Norman and Joan (Walter). He later married Audrey Jones in 1958, and they had two children Eric and Fay (Overbo).

Portions of the letters and diaries of Ole Nissen have been published in A Paradise for the Poor : Hussar, Standard & Caroline, Alberta : Letters of Ole Nissen, 1923-1937 / edited by Joan Walter. -- Calgary : Alberta Records Publication Board, 2001.